“A slaughterhouse, a complete meltdown of humanity, the apex of horror.” That’s how the United Nations has described the civil war in Syria. In addition to the nearly 500,000 who have died in the conflict, tens of millions more have been driven from their homes.

Those huge numbers give us an idea of the scope of this tragic conflict. But behind the statistics are real people, many of them children.

Imagine being a child driven from your home, separated from friends and sometimes even family, forced to struggle for survival in a refugee camp. Imagine fleeing to another country and facing the challenge of learning a new language, making new friends, and successfully assimilating into an unfamiliar culture.

It is in this environment of instability, stress, and psychological trauma that Biblica and OneHope are bringing children something that has the power to heal and renew hope: God’s Word.

A tool that is proving to be especially effective in this ministry is “The Survivors: Kids in Tough Places.” This colorful, fun-filled booklet is packed with Scripture and loaded with opportunities to explore feelings. Topics include fear, helplessness, and hopelessness. Bible verses and wisdom are combined with encouraging words, games, and activities. Children learn to understand the Bible and how it applies to their lives, and begin to see how special they are in God’s eyes. 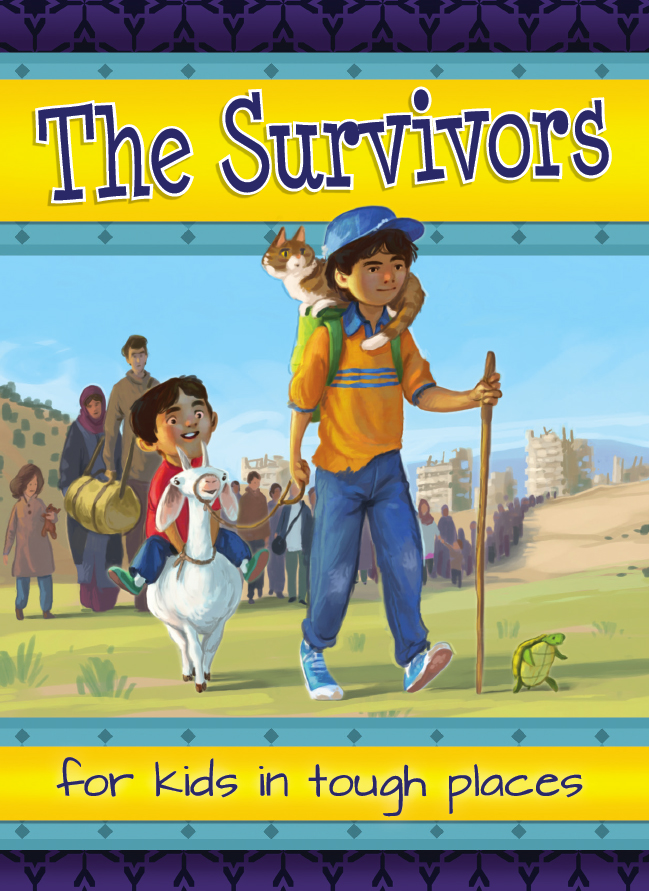 OneHope contextualized “The Survivors” for use with the Syrian refugee children they were already actively reaching. As their website says, the organization works “to develop effective Scripture engagement programs to address the unique, heartfelt needs of children and youth.” That means they don’t just give children a booklet and move on. They always have a long-term program in place that goes alongside the distribution of Scriptures.

“We will be distributing ‘The Survivors’ book in Lebanon, Jordan, Iraq, Syria, and Turkey,” explains OneHope’s Jenn Brown. “In partnership with Biblica, we will also help distribute in Europe.”

The partnership between Biblica and OneHope is a natural fit. “Here is a need we’ve identified,” Brown says of the refugee crisis and child refugees in particular. “There are few resources that address this need. [There are] extremely low amounts of children and youth resources that deal specifically with trauma and psycho/social needs. So what better partnership than to utilize an existing Biblica resource and fill a direct need that exists within refugees?”

God loves children and highly values them. Jesus went so far as to say, “Whoever welcomes one such child in my name welcomes me.”