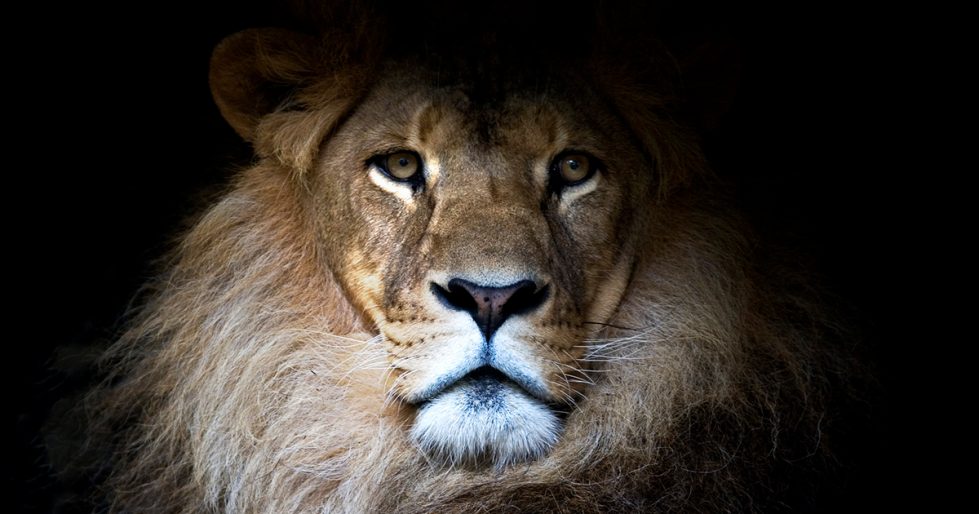 If you grew up in church, you probably cut your teeth (so to speak) on stories of Daniel in the lions’ den. You may also have heard about Daniel’s friends, Shadrach, Meshack, and Abednego, who faced a similar—ahem—degree of persecution. (Okay, we’ll stop now.) But wait! There’s so much more! Read on to discover seven things about Daniel we think you’ll find fascinating!

Daniel’s parents chose a Hebrew name for their son meaning “God is my judge,” testifying of their faith in the one, true God. But when Daniel was a young man—around 13 or 14—Jerusalem was besieged by Nebuchadnezzar, king of Babylon, and Daniel and many others were taken into captivity.

In short order, Daniel’s name was changed by his captors, most likely in an attempt to erase the connection to Daniel’s Hebrew heritage and to the true God to whom his name referred. Daniel explains, in Daniel 1:6, that his new name became Belteshazzar.

The Babylonians also changed the names of three of Daniel’s friends who were captured. The young men had been named by their parents Hananiah, Mishael, and Azariah (their names meaning “Jehovah is Gracious,” “Who Belongs to God,” and “Jehovah Helps”). According to Daniel, in Babylon these three young men were given the names of Shadrach, Meshach, and Abednego (Daniel 1:6).

The four Babylonian names described by Daniel seem to refer to the false gods worshipped by the Babylonians, but there appear to be a few extra letters or slight misspellings. Some folks theorize that young men were actually given the names “Belshazzar,” “Shaduku,” “Meshaku” and “Abednebo” to honor Babylonian pagan deities Bel, Marduk, Aku, and Nebo—but that Daniel changed the spelling slightly to remove direct references to the Babylonian gods.

In addition, the young men were put through an intense re-education process for three years, during which time they were taught the language, literature, and culture of the Babylonians before entering the king’s service.

In other words, every possible effort was made to make them forget the God of their people, and embrace Babylonian’s pagan culture. Instead, Daniel, Hananiah, Mishael, and Azariah remained true to Jehovah throughout their years in Babylon.

2. Daniel may have been famous for doing this for other people, but he needed help doing it for himself.

Even as a young man, Daniel had a knack for understanding visions and dreams (Daniel 1:17). A few years later, when Daniel had an opportunity to interpret a troubling dream of King Nebuchadnezzar, he enlisted the prayer support of the three Jewish friends who had been taken with him into captivity.

The result? In a stunning display of God’s power, Daniel told the King the details and meaning of his dream (Daniel 2:27). In fact, he continued to interpret crazy, disturbing dreams for the King (Daniel 4:24) and his son (Daniel 5:24-30).

But when Daniel has his own intriguing vision in Daniel 7: 1-14, he doesn’t know what it means, so he asks someone else to interpret his vision for him. Granted, it’s someone in his vision—perhaps an angel—so we have a situation of Daniel’s vision interpreting itself (not quite an Inceptionesque twist, but certainly intriguing!), which we think qualifies as Daniel getting help and not doing it himself. We think.

While Daniel was serving in Babylon, Confucius was growing up in a region that today is known as Qufu, China. (Babylon, by the way, was located about 60 miles from present-day Bagdad, Iraq). That puts these two famous, historical men about 4000 miles from each other during the years BC 550-538.

Confucius, as you probably know, was a Chinese teacher, editor, politician, and philosopher. He’s known for his teachings about morality, virtues, and society, and after his death a book was written containing many of his wise thoughts and sayings. (Maybe this is why we associate him with the pithy sayings in Fortune Cookies, even though the cookies were actually invented in California in the early 1900’s.)

4. Daniel maintained a vibrant faith in God despite living and working in an ungodly culture surrounded by unbelievers.

Believe it or not, Daniel was eventually made the chief of the magicians, enchanters, astrologers and diviners (Daniel 5:11). He was in charge of all these men (Daniel 2:48), which sounds like they were not just his colleagues, they may actually have answered to him. Did they share his faith in God? Of course not. They looked to other things for their false power, and were involved in practices that were forbidden by God (Leviticus 19:26).

What does it take to live uncompromisingly for God in a Godless environment? From the time Daniel arrived in Babylon, the pressure was on to be indoctrinated into the Babylonian culture.

And yet despite all the brainwashing, these four men stayed true to the faith of their fathers, living and working (and even thriving) in that culture without letting it undermine their relationship with God (just like we are challenged to do today!).

5. Daniel is written in two languages.

The book of Daniel is written in Hebrew—except for most of chapter 2 and all of chapters 3-7. These passages are written in Aramaic.

The languages are closely related, indeed, but why the shift? Theories vary, but a lot of folks think that the portions of the book of Daniel intended specifically for Jews were written in Hebrew, while portions with a broader message to the nations were written in the language used across that world for diplomacy and commerce, which was Aramaic.

Babylon’s King Nebuchadnezzar ransacked Jerusalem and, in the process, took many of the Children of Israel to Babylon in captivity. When Nebuchadnezzar died, his son Belshazzar became King. He was followed by kings Darius and Cyrus. We know that Daniel remained in Babylon through the first year of the reign of King Cyrus (Daniel 1:21).

7. Daniel was in his eighties when he was thrown into the lions’ den.

You may have seen drawings of Daniel as a strapping young man looking peaceful in the midst of pacing, hungry lions. The reality is that Daniel is estimated to have been in his early eighties when this event happened. He was also, by that point, so respected by his superiors that King Cyrus was planning to put Daniel in charge of the entire Kingdom.

That is, until jealous peers tricked the King into passing an irrevocable degree that landed Daniel in the lions’ den, much to the King’s chagrin. No one seemed happier than the remorseful King when he rushed to the mouth of the lions’ den at dawn and discovered that Daniel was alive and unhurt.

By the way, shortly after this event, King Cyrus allowed the Jews that Nebuchadnezzar brought to Babylon in captivity to return home to Jerusalem, instructing them to rebuild the temple of the God of Israel that Nebuchadnezzar had destroyed. Cyrus also returned more than 5000 priceless articles—including gold and silver dishes, pans, and bowls—that Nebuchadnezzar had stolen from the temple in Jerusalem 70 years earlier. He even financed the whole thing, giving them whatever they needed—including bulls, rams, and lambs for burnt offerings; as well as wheat and oil and wine to sustain them—until the job was done (Ezra 1:1-4).

In essence, King Cyrus did everything he could to undo the destruction that had been wrought upon the Temple by Nebuchadnezzar.

So what do you think? Did you learn anything new? Have you always imagined Daniel as a young man in the lions’ den, or did you already know that he wasn’t exactly a spring chicken when the lions passed him over for dinner? Do you think God used Cyrus’s respect for Daniel to help move his heart to let the Israelites leave captivity and go home? Share your thoughts in the comments section below.