Introduction from the NIV Study Bible | Go to Romans

The writer of this letter was the apostle Paul (see 1:1 and note). No voice from the early church was ever raised against his authorship. The letter contains a number of historical references that agree with known facts of Paul’s life. The doctrinal content of the book is typical of Paul, which is evident from a comparison with other letters he wrote.

Date and Place of Writing

The book was probably written in the early spring of a.d. 57 (see chart, p. 2261). Very likely Paul was on his third missionary journey, ready to return to Jerusalem with the offering from the mission churches for poverty-stricken believers in Jerusalem (see 15:25–27 and notes). In 15:26 it is suggested that Paul had already received contributions from the churches of Macedonia and Achaia, so he either was at Corinth or had already been there. Since he had not yet been at Corinth (on his third missionary journey) when he wrote 1 Corinthians (cf. 1Co 16:1–4) and the collection issue had still not been resolved when he wrote 2 Corinthians (2Co 8–9), the writing of Romans must follow that of 1,2 Corinthians (dated c. 55).

The original recipients of the letter were the people of the church at Rome (1:7), who were predominantly Gentile. Jews, however, must have constituted a substantial minority of the congregation (see 4:1; chs. 9–11; see also note on 1:13). Perhaps Paul originally sent the entire letter to the Roman church, after which he or someone else used a shorter form (chs. 1–14 or 1–15) for more general distribution. See note on 2Pe 3:15; see also map, p. 2314.

Paul’s primary theme in Romans is the basic gospel, God’s plan of salvation and righteousness for all humankind, Jew and Gentile alike (see 1:16–17 and notes). Although justification by faith has been suggested by some as the theme, it would seem that a broader theme states the message of the book more adequately. “Righteousness from God” (1:17) includes justification by faith, but it also embraces such related ideas as guilt, sanctification and security.

Paul’s purposes for writing this letter were varied:

When Paul wrote this letter, he was probably at Corinth (see Ac 20:2–3 and notes) on his third missionary journey. His work in the eastern Mediterranean was almost finished (see 15:18–23), and he greatly desired to visit the Roman church (see 1:11–12; 15:23–24). At this time, however, he could not go to Rome because he felt he must personally deliver the collection taken among the Gentile churches for the poverty-stricken Christians of Jerusalem (see 15:25–28 and notes). So instead of going to Rome, he sent a letter to prepare the Christians there for his intended visit in connection with a mission to Spain (see 15:23–24 and note on15:24). For many years Paul had wanted to visit Rome to minister there (see 1:13–15), and this letter served as a careful and systematic theological introduction to that hoped-for personal ministry. Since he was not acquainted directly with the Roman church, he says little about its problems (but see 14:1—15:13; cf. also 13:1–7; 16:17–18).

Paul begins by surveying the spiritual condition of all people. He finds Jews and Gentiles alike to be sinners and in need of salvation. That salvation has been provided by God through Jesus Christ and his redemptive work on the cross. It is a provision, however, that must be received by faith—a principle by which God has always dealt with humankind, as the example of Abraham shows. Since salvation is only the beginning of Christian experience, Paul moves on to show how believers are freed from sin, law and death—a provision made possible by their union with Christ in both death and resurrection and by the indwelling presence and power of the Holy Spirit. Paul then shows that Israel too, though presently in a state of unbelief, has a place in God’s sovereign redemptive plan. Now she consists of only a remnant, allowing for the conversion of the Gentiles, but the time will come when “all Israel will be saved” (11:26; see note there). The letter concludes with an appeal to the readers to work out their Christian faith in practical ways, both in the church and in the world. None of Paul’s other letters states so profoundly the content of the gospel and its implications for both the present and the future. 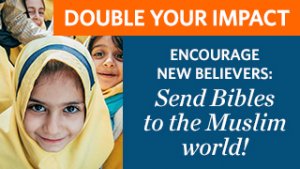