Since Reach4Life was launched in January 2004, well over half a million youth have been reached in South Africa. The program is now run in schools, universities, prisons, church youth groups, and drug and alcohol rehabilitation centers. During 2016 alone 80,000 young people were reached, of which over 5,000 committed their lives to Christ and were connected to a local church.

“This Bible has changed the course of my life…”

Valencia is growing up in the danger zone – in the nation with the highest HIV infection rate in the world. Africa has 70% of all HIV infections, with southern and eastern Africa accounting for over half of all global infections. That amounts to 26 million people, seven million of whom live in South Africa. In this country alone there are 380,000 new infections and 180,000 deaths from AIDS-related diseases every year.

Although AIDS is no longer necessarily a terminal disease, as it can be managed with anti-retroviral drugs, there is still no cure. And one thing that is very clear from the history of the HIV/AIDS pandemic in Africa is that there is a direct link between the spread of the disease and poverty. For young people mired in poverty, there are few opportunities and little hope for the future. Hopelessness leads to risky behavior, including sexual promiscuity, and drug and alcohol abuse. For young men, there are few good male role models and young women are vulnerable to sexual abuse by older men who have a little money.

In the face of such intractable social and moral problems, sex education classes and free condoms are not the answer! Only a total transformation of the heart and mind can bring about true and lasting behavioral change. And how can such a change happen? Through meeting Jesus Christ as Lord and Savior and having your whole life transformed through the Word of God. The goal is therefore not just sexual purity, but holistic spiritual transformation.

It was this realization that led the Biblica team in South Africa to develop the Reach4Life (R4L) program back in 2004. The core of the program is the Reach4Life Bible that was developed that contains, in addition to the full text of the NIV New Testament, lessons and stories that guide young people to faith in Christ, belief in themselves, and gives them the life skills to face the many challenges and temptations in their poverty-stricken communities.

The program involves 40 lessons delivered throughout the year by peer educators who serve not just as teachers, but also as mentors and role models. Once a young person gives their life to Christ they are connected to a local church where they can continue to receive the community support they need to thrive. Many youth who have gone through the program have gone on to become peer educators themselves.

Valencia is a prime example. She received a Reach4Life Bible seven years ago at a church youth group. As she began to read it, her life slowly changed.

“I found myself more and more engaged in Scripture,” she explains, “constantly wanting to know God better through His Word. And each time I read this Bible, the Holy Spirit would go to work on convicting me of God’s truth and helping me live my life better.”

Valencia inquired about a replacement for her tattered, old copy but also for Reach4Life Bibles for all the young people in the youth group she now leads!

Since the program was launched in January 2004, well over half a million youth have been reached in South Africa. The program is now run in schools, universities, prisons, church youth groups, and drug and alcohol rehabilitation centers. During 2016 alone 80,000 young people were reached, of which over 5,000 committed their lives to Christ and were connected to a local church.

Globally, Biblica has launched the program in 24 countries in Africa, Asia, Eastern Europe and Latin America and the Reach4Life Bible has so far been translated into 11 different languages. Nearly 2 million young people worldwide have been impacted as we continue to transform lives through God’s Word.

“It’s been seven years,” Valencia says, “and I am still reading this R4L Bible. I keep the copy at my office desk and read a Scripture daily.” 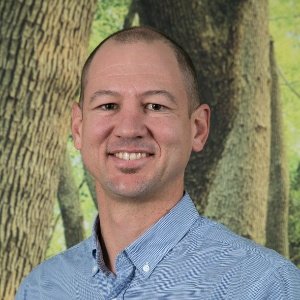 Marius Brand
Southern Africa Regional Director at Biblica
With a background in theology, psychology, philosophy and healthcare, Marius has found expression for his passion for bringing healing and wholeness in many different contexts, including as pastor, lecturer, therapist, coach, spiritual director, and now as Southern Africa Regional Director at Biblica. He is also an ordained minister in the Presbyterian Church and a Clinical Pastoral Therapist.