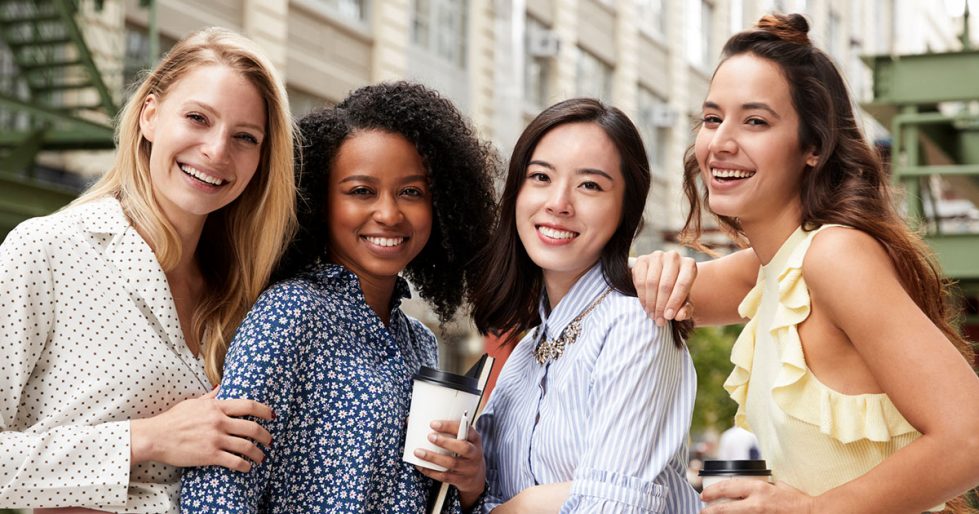 I may be biased, but I think women are pretty incredible.

Don’t get me wrong – men can be amazing too. But today, it’s all about the women! Just in case you missed it, today is International Women’s’ Day.

You probably expect me to say something positive, being a woman and all. And a woman who has had the immense privilege of working alongside other women who would be considered “highly successful” by 21st century Western standards.

BUT it is neither my gender nor the time I’ve spent with high-achieving women that has convinced me that women are awesome – it’s the Bible!

You will often hear people say that the Bible is “bad” for women. They must be reading a different Bible from the one I read.

I know the Bible has, at times, been misused to justify oppression. But the issue there lies with the mishandling of Scripture not with the Word of God itself. By taking time to look at the overarching truths that weave themselves throughout the story as a whole, the picture looks very different.

At this point, I need to confess that none of the observations I share below are original (in a theological sense) and I am not writing this from an academic point of view. It is simply an opportunity to share some reflections from my own Scripture reading and experience of being a woman, a wife, a mother and a female leader working for a global ministry.

The World tells us that society should celebrate women because we are beautiful, strong, able to multi-task, emotionally intelligent, creative, life-givers. We are fully human and fully equal beings.

True beauty and strength are found in abundance in Esther and Mary’s stories, amongst many others. Proverbs 31 is a somewhat mind-blowing biblical exaltation of a multi-tasking, emotionally intelligent and creative woman. And Genesis is a great place to start to gain a deeper appreciation of a woman’s full humanity and life-giving capacity.

Even Paul’s letters, which are so often dismissed as being anti-women, contain teaching that would have been radically counter-cultural compared to the attitudes of the time. No matter what side of the egalitarian/complementarian debate you come down on – the Bible clearly demands full, image-bearing humanity and equality of both genders.

And yet, the Bible makes it clear that we live in a world marred by sin and the corrupting influence of power. Consequently, both Old and New Testament authors repeatedly focus on the need to protect and advocate for those who are vulnerable and oppressed – frequently singling out women.

It should not shock us that there is still oppression and inequality across our globe. But greater awareness of it should make us want to fight harder to promote biblical equality and freedom.

The theme for International Women’s Day 2018 is #PressforProgress. Focusing on the progress so far and the progress still required to achieve parity of the sexes. There are so many aspects of the women’s equality agenda championed by such movements that overlap with our biblical agenda. But there is one significant quality that Western society prioritises that I didn’t mention in the list earlier.

We are repeatedly told that women, and their bodies, are fully independent. That independence is akin to strength and maturity. We are told that each woman has the right, even duty, to make decisions based purely on what is good for them.

This is one “quality” that is at complete odds with the gospel.

The Bible tells us that we are created for inter-dependence – woman with man, man with woman and all of humankind with God our Father. The other qualities are God-given gifts bestowed upon us for a purpose: bringing blessing to others and glory to God.

Independence is about saying “I know best” and “I can be master of my own destiny – I don’t need anyone else”.

Well, I for one, am not an independent woman. It doesn’t always come naturally but I recognise my dependence on Christ. On my husband. On my friends. On my colleagues. And I believe I am a better woman for it.

So, this International Women’s’ Day, let’s celebrate women. Let’s champion causes for greater equality around the world. But let’s not get so carried away that we worship the created when we should be worshiping the creator!

Lindsey Holley
Area Executive Director, Europe at Biblica
Lindsey studied Natural Sciences at the University of Durham and did her post-grad work at Oxford University. Before coming to Biblica, she worked in the area of political advocacy and policy at the Evangelical Alliance in the UK.

Lindsey joined Biblica in 2012, in a project management role. She was appointed as Area Executive Director in October 2015. Her role involves leading Biblica’s Bible translation, access, distribution, and engagement work across Europe.