Home » God in the Groan

“Call to me and I will answer you,” says the Lord on the lips of the prophet Jeremiah (Jer 33:3).

This dynamic of human call and divine response is at the heart of the biblical narrative. Without it, there simply is no story to tell. The God of the Bible has chosen to identify himself by his involvement in our history–much of it in answer to prayer. Robert Jenson comments: “Asked who God is, Israel’s answer is, ‘Whoever rescued us from Egypt.’ Asked about her access to this God, Israel’s answer is, ‘We are permitted to call on him by name’” (Systematic Theology Vol. 1, p. 44).

And so at its essence, the relationship between God and God’s people is one of prayer, offered in faith and graciously answered by a loving God–and it is this that shapes the biblical story from beginning to end.

I love this about our God. I’ve been a follower of Jesus my entire life, and I’ve watched God answer prayer more times than I can count. Just this week one of the pastors in our congregation shared a story about a man he prayed for in the hospital who had been critically wounded by a gunshot to the head and was in a coma. The doctors gave him little chance to survive, much less to lead a full and productive life.

The pastor said to the group gathered around the man, “This will not end in death. God will be glorified by it.” And then they prayed. The next day the man was talking. The day after that, he was walking.

Call to me, and I will answer you… This is the way of our God.

And yet, we all know stories that ended differently. Prayers that went unanswered. For all of God’s commitment to be a God in genuine relationship with us, a God who hears and answers our prayer, a God who responds, he is not a genie in a bottle. There are times, frankly, when he is, for all that we can tell, silent.

What do we do then?

In my experience as a follower of Jesus, there are a handful of things we need to keep in mind that can help us hang onto our faith during those times:

Since the first day that you set your mind to gain understanding and to humble yourself before your God, your words were heard, and I have come in response to them. But the prince of the Persian kingdom resisted me twenty-one days. Then Michael, one of the chief princes, came to help me, because I was detained there with the king of Persia… (Dan 10:12-13)

What?! Apparently, the process of response-delivery for Daniel had been frustrated or at least complicated by a conflict in the heavenlies between angelic forces and demonic powers. The “principalities and powers” are a real thing in the Scriptures, and God’s ongoing dealing with them in the unseen is a real factor in what happens here in the realm of the seen.

Rest assured, he has and will finally overcome the “powers,” putting all things under his feet… but that does not mean that the process will be easy or smooth. Which leads me to my second point:

We need to fix our trust on God, and not on the specific outcome we desire, knowing that God is, as hard as it is to believe sometimes, really “working all things together for the good of those who love him” (Rom 8:28). The example of Joseph in the book of Genesis immediately comes to mind. I am sure that there were many lonely mornings and agonized, sleepless nights where Joseph lifted up painful prayers to the God of his fathers only to see those prayers apparently ricochet off the ceiling right back into his face.

But God, we learn as the story progresses, was preparing something quite outside the realm of Joseph’s vision or even imagination–a deliverance so great that not just Joseph’s life but the lives of multitudes around him would be spared annihilation. Had God granted the desires of Joseph in the way and time that he wanted, those lives would have been lost–and, quite likely, Joseph’s as well. There was a deep wisdom at work…

There always is. The Bible is emphatic on this point. We need to trust that.

Believing this, however, does not require us to simplistically chalk up any and everything that happens as “the will of God.” Remember our first point: there is more going on than what we see. The will of God, according to Jesus, is not yet done on earth the way it ought to be. Evil human “wills” and demonic “wills” bent on destruction are scrambling human life, which is why Jesus taught us to pray “your will be done on earth as it is in heaven” (Matt 6:10).

We are a people awaiting with all Creation the completion of the will of God. Which means that…

We are permitted to groan. We know that God is at work now, in ways that we cannot see, to bring his kingdom and glory. Life on earth is a mess, and that mess impinges upon our lives. It gives rise to “ache.” The Apostle Paul called it a “groaning” in Romans 8, adding that we who have the hope of the great and final resurrection, in which the will of God will be fully and finally accomplished, are joined in our groaning both by the created order itself, and, perhaps surprisingly, by the Spirit of God Himself.

“The Spirit,” he wrote, “intercedes for us with wordless groans” (Rom 8:26). We are permitted to groan because the Spirit groans along with us. Groaning is how our hearts bear witness to the truth of the world’s disorder that God knows at least as much (even better!) than we do. We do a great disservice both to ourselves and to those we to whom we minister when we forget this.

Is God working out his will? Of course.

Is everything done on earth the way it would be done in heaven? By no means.

Does God therefore require quiet, passive acquiescence to the way things are? Assuredly not, for God Himself by his Holy Spirit groans along with us for every disordered thing to be made right.

And rest assured–they will be.

In the meantime, lift up your voice. He welcomes it.

Andrew Arndt serves as a Teaching Pastor at New Life Church, where he also co-hosts The Essential Church Podcast, a weekly podcast dedicated to provoke and strengthen the thinking of local church and ministry leaders. He and his wife, Mandi, live in Colorado Springs with their four beautiful children. 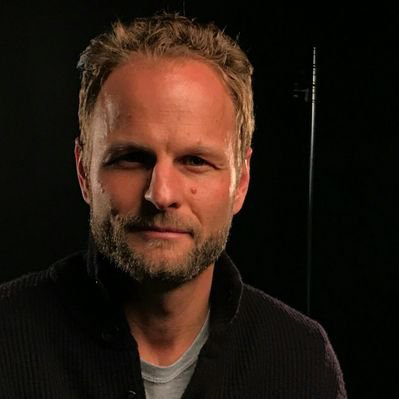 Andrew Arndt
Teaching Pastor at New Life Church
Andrew Arndt serves as a Teaching Pastor at New Life Church, where he also co-hosts The Essential Church Podcast, a weekly podcast dedicated to provoke and strengthen the thinking of local church and ministry leaders. He and his wife, Mandi, live in Colorado Springs with their four beautiful children.