Home » HOW YOU HELPED EQUIP AN ENTIRE DENOMINATION

HOW YOU HELPED EQUIP AN ENTIRE DENOMINATION 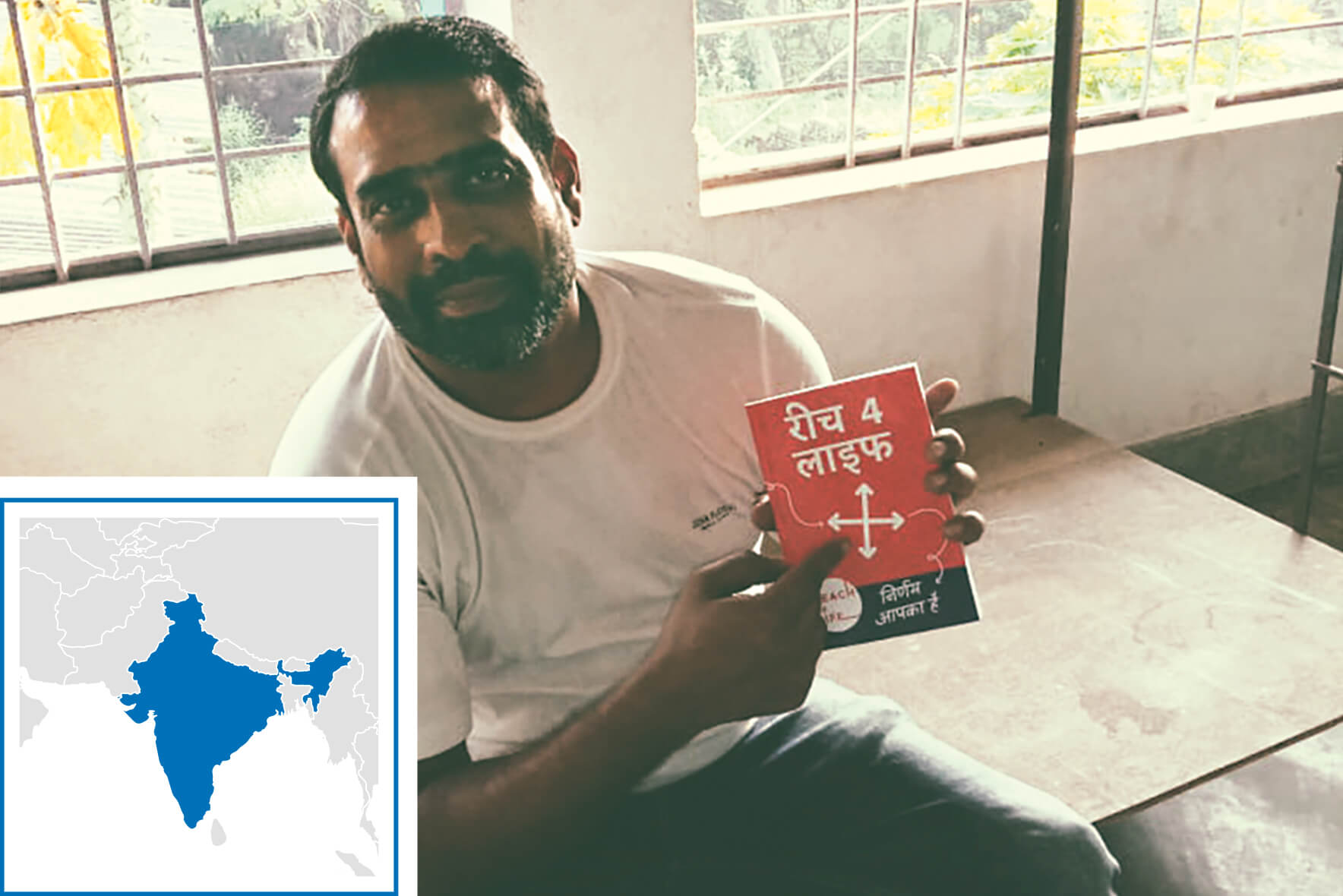 Youth leader Adi* had traveled a long and difficult road from his home in the interior of Jharkhand, a tribal region in India. He hoped the youth camp would give him new ideas to meet the urgent needs of the young people back home.

Nilesh, a missionary, had also traveled a long way—more than 2,000 miles—from a discipleship training where he was introduced to an exciting new youth program: Reach4Life.

Nilesh received a copy of Reach4Life because generous friends like you are expanding the movement every day through your support. And when Nilesh showed Adi the book, Adi knew he’d found what he was looking for.

Back home, Adi wouldn’t rest until he had introduced Reach4Life across all 24 churches in his denomination. Most of the church members are poor, but the young people’s enthusiasm was so strong that they raised enough donations for travel costs to bring Biblica in for training sessions.

When Adi first received Reach4Life, it was only available in English. But thanks to supporters like you, the new Hindi version is now complete, and Adi was thrilled to receive copies. “There is a need for Reach4Life,” Adi says. “Our young people are facing so many challenges, including early marriages and other issues. We are now raising support to travel and start Reach4Life fellowships in other parts of Jharkhand.”

Just think: It all started with a single copy of Reach4Life that traveled 2,175 miles to Adi’s hands. Please pray for Adi and his church family, some of whom have lost their homes due to their faith. Pray that God would provide for them and open doors to ministry among their neighbors.

*Adi’s name has been changed for his safety.