1Now in those days a decree went out from [the emperor] [a]Caesar Augustus, that all the inhabited world (the Roman Empire) should be [b]registered [in a census]. 2 This was the first census taken while Quirinius was governor of Syria. 3 And everyone went to register for the census, each to his own city. 4 So Joseph also went up from Galilee, from the city of Nazareth, to Judea, to the city of David which is called Bethlehem, because he was of the house and family of David, 5 in order to register with Mary, who was [c]betrothed to him, and was with child. 6 While they were there [in Bethlehem], the time came for her to give birth, 7 and she gave birth to her Son, her firstborn; and she wrapped Him in [[d]swaddling] cloths and laid Him in a [e]manger, because there was no [private] room for them in the inn.

8 In the same region there were shepherds staying out in the fields, keeping watch over their flock by night. 9 And an angel of the Lord suddenly stood before them, and the glory of the Lord flashed and shone around them, and they were terribly frightened. 10 But the angel said to them, “Do not be afraid; for behold, I bring you good news of great joy which will be for [f]all the people. 11 For this day in the city of David there has been born for you a Savior, who is Christ the Lord (the Messiah). 12 And this will be a sign for you [by which you will recognize Him]: you will find a Baby wrapped in [swaddling] cloths and lying in a manger.” 13 Then suddenly there appeared with the angel a multitude of the heavenly host (angelic army) praising God and saying,

14
“Glory to God in the highest [heaven],
And on earth peace among men with whom He is well-pleased.”

15 When the angels had gone away from them into heaven, the shepherds began saying one to another, “Let us go straight to Bethlehem, and see this [wonderful] thing that has happened which the Lord has made known to us.” 16 So they went in a hurry and found their way to Mary and Joseph, and the Baby as He lay in the manger. 17 And when they had seen this, they made known what had been told them about this Child, 18 and all who heard it were astounded and wondered at what the shepherds told them. 19 But Mary treasured all these things, giving careful thought to them and pondering them in her heart. 20 The shepherds returned, glorifying and praising God for all that they had heard and seen, just as it had been told them.

Jesus Presented at the Temple

21 At the end of eight days, when He was to be circumcised, He was named Jesus, the name given [to Him] by the angel [Gabriel] before He was conceived in the womb.

22 And when the time for their purification came [that is, the mother’s purification and the baby’s dedication] according to the Law of Moses, they brought Him up to Jerusalem to present Him to the Lord [set apart as the Firstborn] 23 (as it is written in the Law of the Lord, “Every firstborn male that opens the womb shall be called holy [set apart and dedicated] to the Lord)” 24 and [they came also] to offer a sacrifice according to what is said in the Law of the Lord [to be appropriate for a family of modest means], “a pair of turtledoves or two young pigeons.”

25 Now there was a man in Jerusalem whose name was Simeon; and this man was righteous and devout [carefully observing the divine Law], and looking for the [g]Consolation of Israel; and the Holy Spirit was upon him. 26 It had been revealed to him by the Holy Spirit that he would not die before he had seen the Lord’s Christ (the Messiah, the Anointed). 27 Prompted by the Spirit, he came into the temple [enclosure]; and when the parents brought in the child Jesus, [h]to do for Him the custom required by the Law, 28 Simeon took Him into his arms, and blessed and praised and thanked God, and said,

29
“Now, Lord, You are releasing Your bond-servant to leave [this world] in peace,
According to Your word;
30
For my eyes have seen Your Salvation,
31
Which You have prepared in the presence of all peoples,
32
A Light for revelation to the Gentiles [to disclose what was previously unknown],
And [to bring] the praise and honor and glory of Your people Israel.”

33 And His [legal] father and His mother were amazed at what was said about Him. 34 Simeon blessed them and said to Mary His mother, “Listen carefully: this Child is appointed and destined for the fall and rise of many in Israel, and for [i]a sign that is to be opposed— 35 and a sword [of deep sorrow] will pierce through your own soul—so that the thoughts of many hearts may be revealed.”

36 There was a prophetess, Anna, the daughter of Phanuel, of the tribe of Asher. She was very old, and had lived with her husband for seven years after her marriage, 37 and then as a widow to the age of eighty-four. She did not leave the [area of the] temple, but was serving and worshiping night and day with fastings and prayers. 38 She, too, came up at that very moment and began praising and giving thanks to God, and continued to speak of Him to all who were looking for the redemption and deliverance of Jerusalem.

39 And when they had done everything [in connection with Jesus’ birth] according to the Law of the Lord, they went back to Galilee, to their own city, Nazareth. 40 And the Child continued to grow and become strong [in spirit], filled with wisdom; and the grace (favor, spiritual blessing) of God was upon Him.

41 Now His parents went to Jerusalem every year for the Passover Feast. 42 And when He was twelve years old, they went up to Jerusalem, according to the custom of the Feast; 43 and as they were returning [to [j]Nazareth], after spending the required number of days [at the Feast], the boy Jesus remained behind in Jerusalem. Now His parents did not know this, 44 but supposed Him to be in the caravan, and traveled a day’s journey; and [then] they began searching [anxiously] for Him among their relatives and acquaintances. 45 When they did not find Him, they went back to Jerusalem looking for Him [everywhere]. 46 Three days later they found Him in the [court of the] temple, sitting among the teachers, both listening to them and asking them questions. 47 All who heard Him were amazed by His intelligence and His understanding and His answers. 48 When they saw Him, they were overwhelmed; and His mother said to Him, “Son, why have You treated us like this? Listen, Your [k]father and I have been [greatly distressed and] anxiously looking for You.” 49 And He answered, “Why did you have to look for Me? Did you not know that I had to be [l]in My Father’s house?” 50 But they did not understand what He had said to them. 51 He went down to Nazareth with them, and was continually submissive and obedient to them; and His mother treasured all these things in her heart.

52 And Jesus kept increasing in wisdom and in stature, and in favor with God and men. 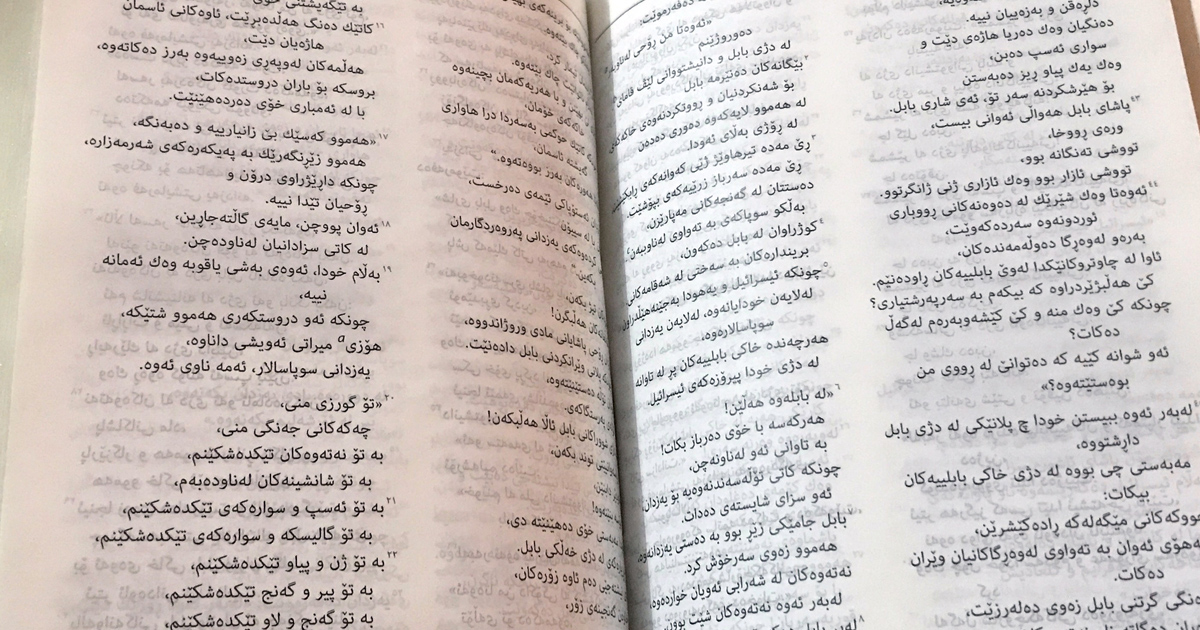 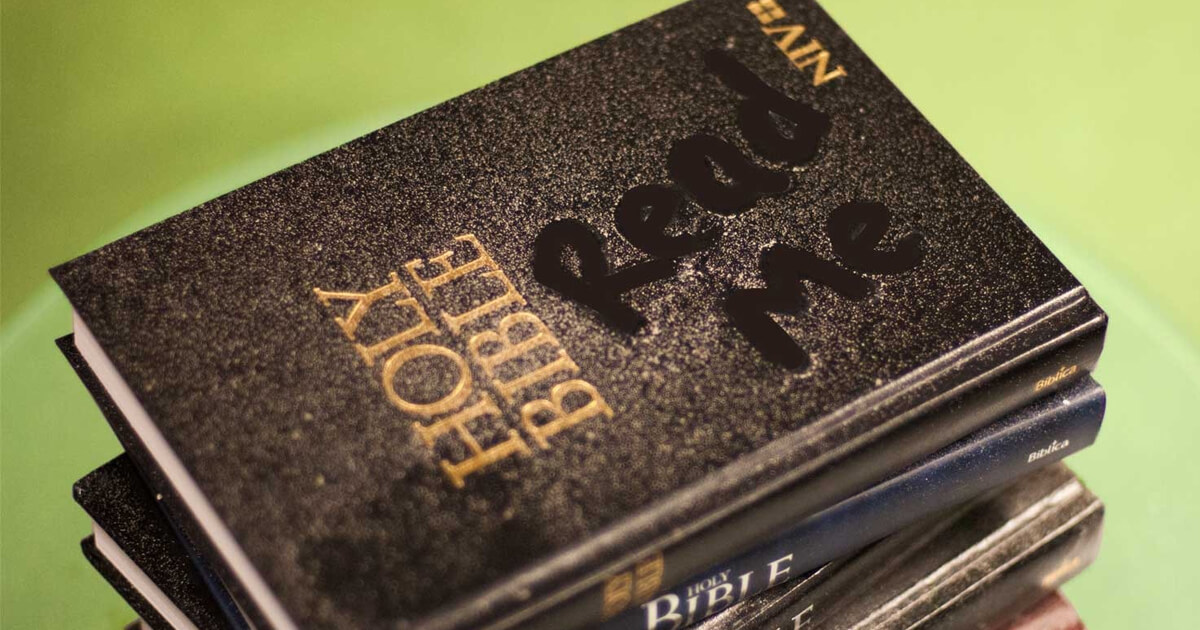