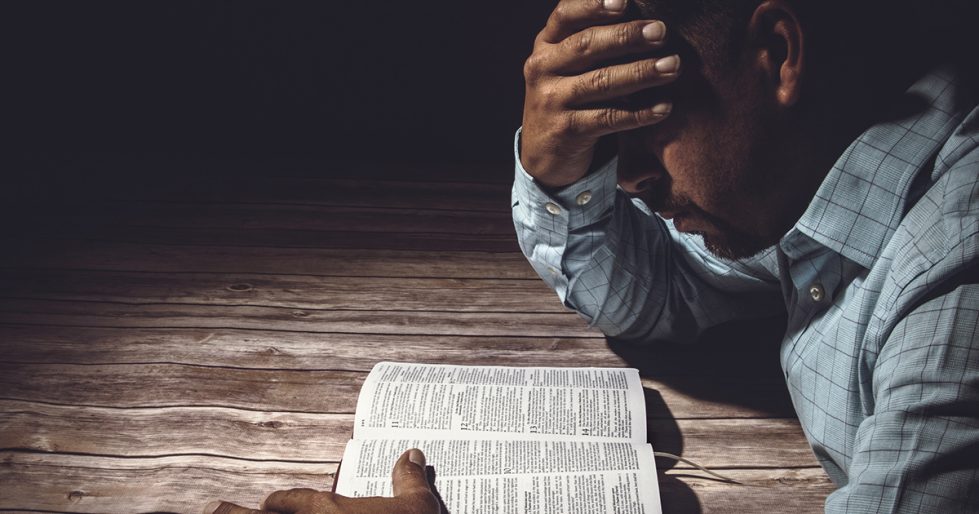 What do you think of when you hear the words “Bible translation work”? Maybe you envision grey-headed missionaries bent over a make-shift desk in a thatched hut somewhere in rural Africa, translating God’s Word into the language of a primitive tribe. Or maybe it doesn’t conjure any visions. Maybe you think Bible translation work is a thing of the past, something that’s no longer needed.

Either way, you’d be mistaken.

Today, Bible translation is done by men and women of all ages, on every continent – in cities, towns, and villages – using computers and powerful, cutting-edge software. What was once a tedious, often multi-decade process, is now accomplished in a matter of a few years – and with even greater accuracy and faithfulness to the original languages.

Most importantly, Bible translation remains a crucial task that fulfills an urgent need. There are still people in the world without Bibles. And there are many others using Bibles that are hundreds of years old and, therefore, basically incomprehensible.

In my travels around the world as the Global Ministry Officer for Biblica, I have gotten the impression that the Church at large does not understand the ongoing need for Bible translation. Yes, I said the Church.

As I was going through airport security recently on a trip to the United States, the TSA officer had all of the usual questions: Why are you going to America? Who do you work with? What’s your job? On and on.

Eventually, he asked, “So what does your organization do?” I told him we’re involved in Bible translation. “Bible translation?!” he exclaimed. “The Bible’s already translated!” I said: “Obviously, you’re an English speaker and not thinking about the rest of the world. There are languages where there is no translation. And there are other languages where they have translations but nobody can read them because they’re so outdated.” Then it dawned on him. “Oh, of course! Like the King James version! Because you can’t really read that in English anymore.” I said, “Exactly.”

It’s interesting that we tend to only see the world from our perspective. We already have the Bible. So what’s the problem?

And yet there are thousands of languages that still need the Bible. That’s why this is such important work.

Biblica is involved in Bible translation because it’s desperately necessary. But not just so the Bible is in other languages. Our hope is for more people to have access to it – whether that’s in print, audio, or digital formats – and to benefit from it: hearing God speak and having their lives transformed.

That’s why for us, translation is just the starting place in the process. The ultimate goal is to see lives impacted by God’s Word as we partner with other organizations in ministry.

This has been at the heart of Biblica since we were founded back in 1809. In the early days of the New York Bible Society, although they were almost exclusively doing ministry in New York City, they provided a grant for William Carey, to help with his Bengali translation. The need for people to have the Bible in their own language has always been at the center of who we are.

I’m intrigued with the stories of Ellis Island. There were so many Bibles in so many languages provided by our predecessors. They came and met those ships and made sure everyone had God’s Word. That’s always been part of who we are.

After the launch of the NIV, we really got serious about translation work. We had this new English translation that had been received so well and we felt that other people around the world deserved to have a Bible that was translated just as well.

We get requests from various language groups all the time, asking for a new Bible translation. In response, we do our homework, often finding that they haven’t had a translation done in 100 or more years! And just like English, their language has changed dramatically over that time. Some of the Bibles weren’t translated well in the first place, or were translated by a particular group who had a theological agenda.

There’s also the quality of the scholarship to think about. The Dead Sea Scrolls, for instance, were only discovered in the mid-20th century. They provided us with much older and more authentic manuscripts to work from.

Our focus here at Biblica is on the top 100 most-spoken languages. If we can get to the place where we have quality translations in all of those 100 languages, we’ll be able to impact about 85% to 90% of the world.

On a theological level, there’s an imperative here. The story of Scripture is always the story of God taking the initiative to come to us and speak to us in a way that we understand. It was God who came looking for Adam and Eve in the Garden. It was God who came to the people of Israel and chose them as His people. He communicated with them regularly. Throughout the Old Testament, He came to them through the prophets. And then, of course, the big example of God coming to us so we could understand Him was the incarnation – God in the flesh, speaking to us in the way we could hear Him best. Jesus came to show us who God is.

When we read in Acts about the day of Pentecost, we find Peter preaching this great sermon. And it’s intriguing how people reacted to it. They didn’t say, “Wow! That was an amazing sermon. Wasn’t his theology brilliant? Wasn’t the structure fantastic?” No. Their reaction was, “We are hearing this in our own languages!”

If God is close to us and He speaks in a way we can understand, we have a responsibility as stewards of His Word to bring it to others in a way they can understand. That’s what drives our heart for translation around the world.

In the last few years, there has definitely been increased interest and support for Bible translation. But this support seems to be reserved to a relatively small group of people. They have a passion for getting God’s Word translated for Bible-less languages. The Church at large, however, hasn’t quite grasped it yet.

If we did a survey of churches asking how much of their mission budget goes toward Bible translation and Bible outreach, I suspect it would be a small percentage. We need to ask ourselves why that’s the case. How do we encourage the Church to see how important this is?

We have a program here that asks what people would take with them if they were to be stranded on a desert island. They get to choose a certain number of songs and one book. For me it would definitely be the Bible. I have no idea how I would survive if I didn’t have it. And I hope that will always be the case. I hope it will always be so important to me that I can’t do without it.

As Jesus pointed out: “Man shall not live on bread alone, but on every word that comes from the mouth of God.”

Is that true for us? Are the words coming from God sustaining us? It’s great when friends encourage us, but at the end of the day, we need to know what God has to say. That’s what we can build our lives on.