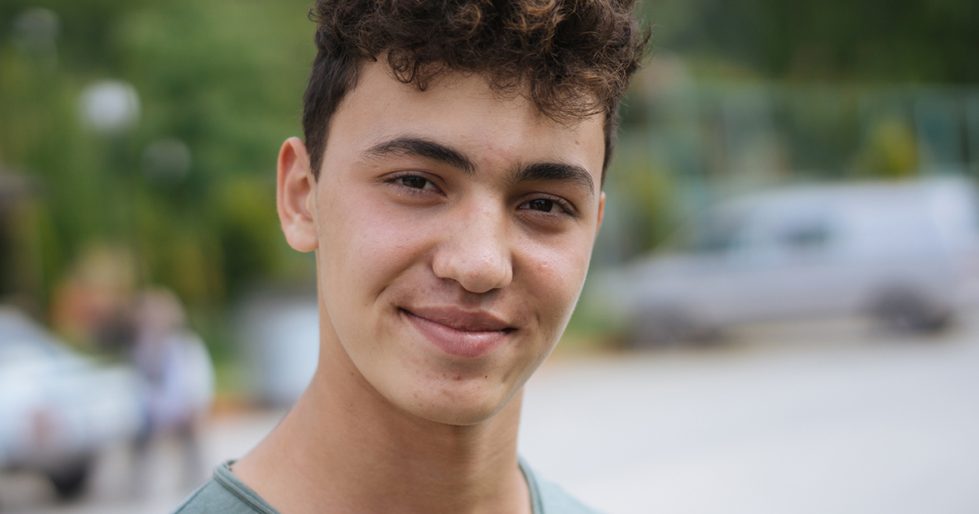 “Now when Jesus saw the crowds, he went up on a mountainside and sat down. His disciples came to him, and he began to teach them. He said: ‘Blessed are the poor in spirit, for theirs is the kingdom of heaven…’” – Matthew 5:1-3, NIV

How many times have you read Jesus’ Sermon on the Mount? This famous teaching, found in Matthew 5-7, is one of the most well-known passages in the entire Bible. Yet there are still people who haven’t had the opportunity to read it because God’s Word hasn’t been translated into their language.

That was the case with “Kenny” and “Don.” Until recently, they had no full Bible in their mother tongue of Kurdish Sorani. But when Biblica completed the first translation in that language, God began to speak to them.

Kenny had experienced great tragedy in his life. Shortly after his father died of an illness, his mother and younger sister were killed by a gunman. His younger brother, who was sleeping next them, woke to find both of them dead.

As the oldest sibling, Kenny became the “father” to what was left of his family, working to provide and care for them. It was difficult and as he struggled to deal with the grief and pressure, he began to search for meaning. He had so many questions about life.

His quest led him to read his father’s Holy Book 17 times. But that didn’t help with the pain and longing he was experiencing.

His younger brother, who was serving as a freedom fighter, discovered a copy of the Sorani Kurdish New Testament in a bookshop. It was available to loan out at a daily rate. Since he couldn’t afford to keep it for more than a day, he read it quickly. But it had a profound effect. He was especially moved by the Sermon on the Mount. He soon met believers who shared the Gospel with him. This left him torn between following Christ and following the ways of his fathers. He eventually chose Christ.

After seeing his brother surrender to Jesus, Kenny began to read the New Testament. At first he didn’t understand it, but he met a believer who explained things. Before long, Kenny also decided to give his life to Christ.

“God shone His light into my heart,” Kenny says, “so that I could know Him. I have read the other book 17 times, but one reading [of the Bible] and God opened my eyes so that I can know Him.”

As an avid, life-long reader, he attended a major international book fair in his hometown with great anticipation. He purchased several books, one of them a unique title he wasn’t familiar with: the New Testament in his mother tongue of Sorani Kurdish.

In the days to come, as he began reading the Gospel of Matthew, he reached the Sermon on the Mount. These words seemed to leap off the page at him: “If anyone slaps you on the right cheek, turn to them the other cheek also.” He was stunned.

“The only person who could say this,” he later explained, “is someone who is able to look down on mankind from above.” As he continued to read God’s Word, he realized that Jesus was more than human.

Don met some Christians and before long, put his faith in Christ. He now helps lead a fellowship of local believers and “teaches others the words of the One who came from above.”

The words of Jesus continue to capture the hearts of people today. When God’s Word is translated into someone’s language, it has the power to change everything.

Both Kenny and Don were able to read the Bible in their native language of Kurdish-Sorani thanks to people like you—our generous partners. Prior to last year, the Bible had never been translated into this language. Ever. With our newly completed Kurdish-Sorani translation, people in this very unreached part of the world are reading and experiencing God’s Word for themselves for the very first time—and it’s changing lives.