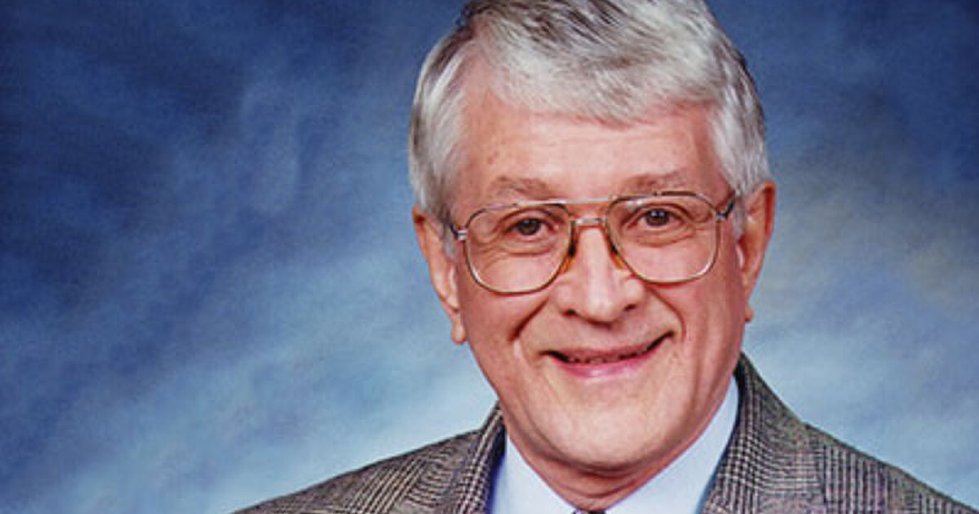 Ronald F. Youngblood, one of the original translators of the NIV Bible, passed away last week, shortly after being diagnosed with bladder cancer. He was 83. He turned a childhood passion for the Bible into a lifetime of making sure that everyone, even the smallest child, can read and understand God’s Word.

Ron Youngblood had the heart of a Bible translator from an early age. After he accepted Christ when he was 8 years old, his pastor encouraged him to read the gospel of John. “When I arrived at John 3:3,” he later recalled, “I asked my pastor if I was really a Christian.”

In the 1611 King James Version, this passage reads, “Except a man be born again, he cannot see the kingdom of God.” I’m just a kid. What about me? wondered 8-year-old Ron. What seemed perfectly clear in 1611 wasn’t so obvious to a third grader trying to learn about God more than 300 years later. Ron had to ask his pastor, “Could women and boys and girls be saved as well as men?”

The year was 1939. Just about the only English Bibles available were the King James and the American Standard Version, a revision of the KJV. Both preserved the language of a bygone era—one that left 8-year-olds wondering if the gospel was for them.

Ron Youngblood devoted his life to making that message clear and accessible for all. He earned a Bachelor of Divinity from Fuller Theological Seminary in 1955 and went on to specialize in Hebrew, earning his Ph.D. from Dropsie College. He followed that with postgraduate studies in the Holy Land.

In 1970, Dr. Youngblood became part of a major new effort to produce a clear, accurate version of the Bible in contemporary English. Work had started on the New International Version (NIV) a few years earlier. Dr. Youngblood joined dozens of Bible scholars from numerous denominations in what became the most rigorous Bible translation project ever undertaken. He helped translate three Old Testament books: Ruth, Ecclesiastes, and Malachi. But that was only the start of a lifelong commitment to the work of translation.

Dr. Youngblood was invited to join the 15-member Committee on Bible Translation, which oversees the NIV, in 1979. He was involved in every subsequent revision to the text, including the 1984 update and the current edition, published in 2011. He served as one of the editors for the groundbreaking NIV Study Bible, published by Zondervan in 1985. He also chaired the board of directors for Biblica (then International Bible Society) from 1999 to 2004.

Dr. Youngblood never lost his passion for making sure that even the smallest child can read God’s Word. In the 1990s, he led the development of the New International Reader’s Version (NIrV)—a special edition of the NIV which reads at a third-grade level. In other words, a Bible perfect for 8 year-olds.

The NIrV expanded the vision for accurate, readable translation to include children, those with difficulty reading, and those who are learning English as a second language. No longer would 8 year-old children read the good news and wonder if it was for them. No longer would archaic, obscure, or difficult language be a barrier to knowing God. An updated edition of the NIrV was completed in 2013.

At the end of the day, what Dr. Youngblood cared about most was helping people encounter Jesus in the pages of Scripture. In 2005, he wrapped up an interview with the Better Bibles Blog by saying, “I would simply ask that people pray for the continued widespread distribution of the Bible in whatever translation… so that people everywhere might come to meet and love the same Lord Jesus whom I placed my faith in 65 years ago.”

This was Ron Youngblood’s legacy: the Bible for everyone, even the smallest child.