Home » HOW YOU’RE SHARING THE LIGHT OF THE WORLD

HOW YOU’RE SHARING THE LIGHT OF THE WORLD 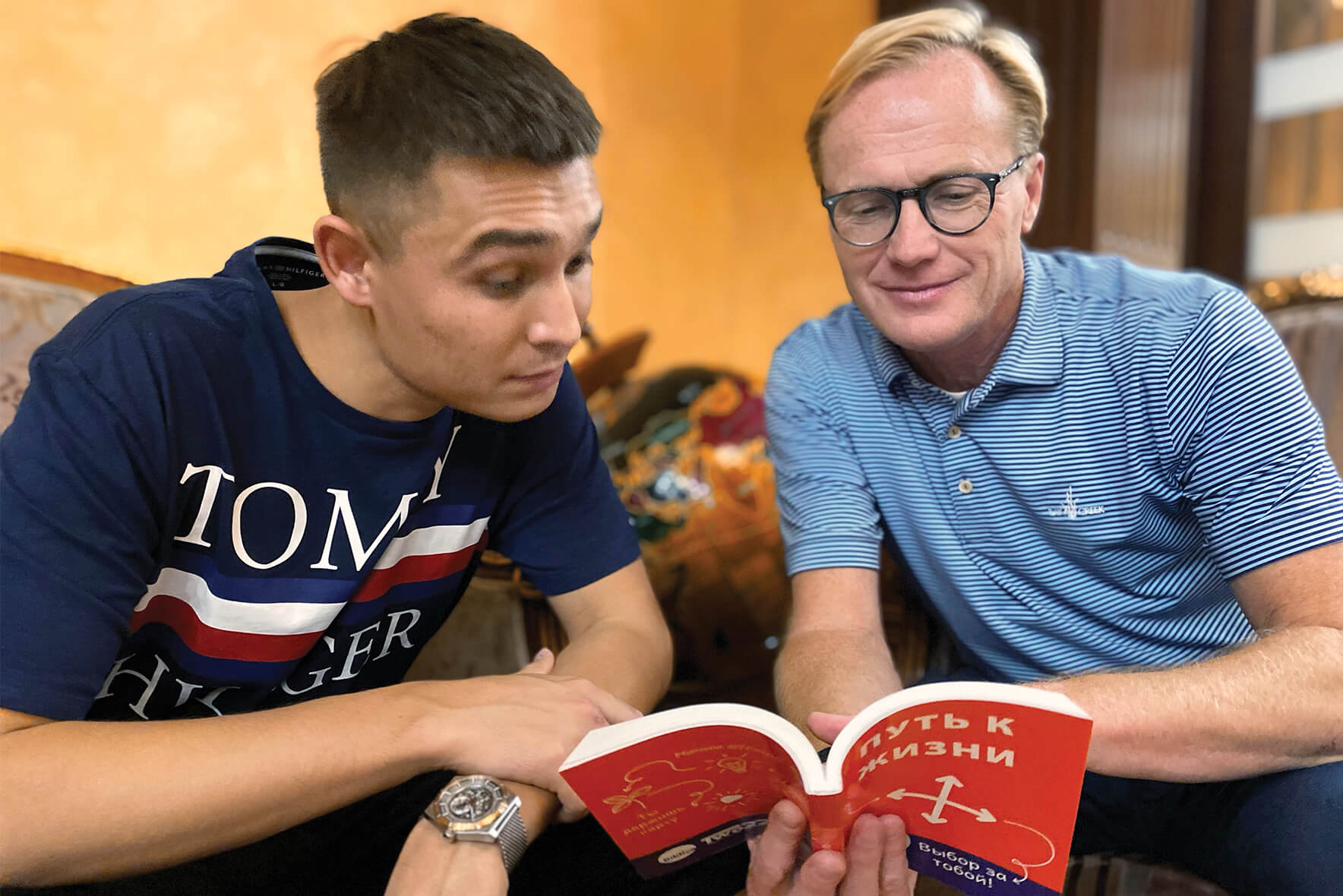 The lightning takeover of Afghanistan by the Taliban in August shocked us all. As we continue to struggle with the consequences, a story from nearby Kyrgyzstan highlights the stark difference between the impact of radical Islam and the impact of the Gospel.

Kyrgyzstan is another predominantly Muslim nation and shares a border with China. Formerly part of the Soviet Union, it was left with few resources to rebuild a national identity and economy when the union broke down in 1991. In the last 10 years, God has been doing something exciting there.

The older generation of Kyrgyzstanis have focused on trying to piece together remnants of the past to meet the needs of today. But the rising generations are calling for new thinking and new solutions—and leading a movement of Christian evangelism and discipleship.

During the summer, Geof Morin traveled to Kyrgyzstan for the launch of the Reach4Life app in Russian, which is still one of the nation’s official languages.

As you know, Reach4Life speaks to the deep needs of children and teens—finding their identity, battling peer pressure, and more. Thanks to your generosity, it’s now in 28 languages, and the app version makes it more accessible than ever to millions of young people.

At the youth conference where the Russian version of the app launched, Geof saw a thousand teenagers who could barely contain their excitement over what God is doing in their lives. They would attend the morning conference sessions, then spend the afternoons on the streets talking about Jesus with their peers. Every day, more young people came to the conference.

Geof also delivered 10,000 Bibles donated by friends like you. While Bibles are more available in Kyrgyzstan than many other Central Asian nations, they’re very expensive and beyond the means of most young people. Local pastors were glad to get them but asked when they could get another 10,000!

You’re Sharing the Hope of the Gospel

The tragedy we saw unfold in Afghanistan showed a nation moving backwards under the influence of the Taliban. Human rights, education, intellectual freedom, and spiritual growth all suffer under the new regime. As a Syrian refugee once told our team, “In Islam, God was a terror to me and made me scared. We were taught to fear God.”

By contrast, Christian ministry in Kyrgyzstan today is youthful, hopeful, courageous, persistent, and creative, and you are helping to fuel it through your gift of God’s Word and your faithful prayers. Pastors from the region tell us they dream of a day when 2% of the whole population of Central Asia will be Christians. They feel that would be a “tipping point” at which society as a whole would begin to change.

Please join us this Christmas season in praying for the “tipping point” and for millions of lives to be transformed in this troubled region.

Geof saw a thousand teenagers who could barely contain their excitement over what God is doing in their lives. Every day, more young people came to the conference.