Home » #MeToo Isn’t Just About My Past, It’s About How I Too Was Redeemed By Jesus Christ

Don’t allow your past to dictate your future. God wants to use you for His glory. Nothing you have done or that has been done to you can change that. His love is unconditional and everlasting.

If you haven’t heard of this social media movement, you probably will. It has been around for more than a decade, but was recently revived by celebrity, Alyssa Milano in the wake of the Harvey Weinstein sexual harassment allegations.

The goal of the #metoo campaign is to give woman an opportunity to stand together against sexual harassment without having to share the specifics of their experience or name their abusers. And it is obviously striking a chord. There were more than 12 million Facebook posts, comments, and reactions in the first 24 hours after Milano’s tweet.

Watching this go viral has been sobering. Especially since I happen to be well acquainted with the stories of four #metoo women: two prostitutes, a marginalized refugee, and a woman who was forced to be a powerful man’s mistress. They have little in common except for their gender. And the fact that they were part of the genealogy of Jesus Christ.

I’m talking about Tamar (solicited by her father-in-law), Ruth (impoverished widow forced to leave her homeland), Rahab (described in the Bible as a prostitute), and Bathsheba (coerced by King David to betray her husband). Scripture describes the ways these women were mistreated. Then it reveals to us a God who brought good from their tragedy and pain.

He intentionally chose us by sending His Son into the world through the lineage of these women. For me, I see a God who desires to redeem all people and use us for His purposes.

That’s the message of the gospel: God’s love redeeming us – rescuing us, healing us, making us new, turning our lives around, and equipping us to play key roles in His Kingdom. I know this, because I’m a #MeToo woman. I’ve experienced abuse. I’ve also experienced the healing power of Christ.

I take great comfort in Isaiah 61, which tells that’s why Jesus came:

“The Spirit of the Sovereign Lord is on me, because the Lord has anointed me to proclaim good news to the poor. He has sent me to bind up the brokenhearted, to proclaim freedom for the captives and release from darkness for the prisoners, to proclaim the year of the Lord’s favor and the day of vengeance of our God, to comfort all who mourn, and provide for those who grieve in Zion— to bestow on them a crown of beauty instead of ashes the oil of joy instead of mourning, and a garment of praise.”

We #MeToo women can identify with the descriptors in that passage: poor, brokenhearted, captive, imprisoned, grieving, despairing… but Jesus came to the world to provide a way out of that darkness and he promises to give us a crown of beauty instead of ashes.

I think the #MeToo campaign is a valiant effort for us to raise awareness about one of our society’s most serious problems. But I don’t think it goes far enough.  This campaign raises the issue without offering a solution. The only answer is the love, redemption, and healing found in Jesus.

If you are a #MeToo woman who knows Christ, I challenge you to speak up. The issue of sexual harassment and assault shouldn’t be taboo in the church. It’s real and needs to be dealt with. We are called to be light in this world, exposing and dispelling the darkness. As Scripture tells us, “there is nothing hidden that will not be disclosed, and nothing concealed that will not be brought out into the open.”

Most of all, don’t allow your past to dictate your future. God wants to use you for His glory. Nothing you have done or that has been done to you can change that. His love is unconditional and everlasting.

If you are a #MeToo woman who doesn’t have a relationship with Christ, I invite you to seek Him. Give Him your heart and allow Him to bind it up. Give Him your sadness and let Him replace it with His joy.

I discovered a God years ago who wants me to be whole. His love is real. His Word is truth. The Bible is full of stories of redemption like the few I’ve mentioned. I encourage you to explore these stories and their truths so that you too can experience Christ’s redemptive love. Jesus can wash away your shame and replace it with joy, just like He did for #MeToo. 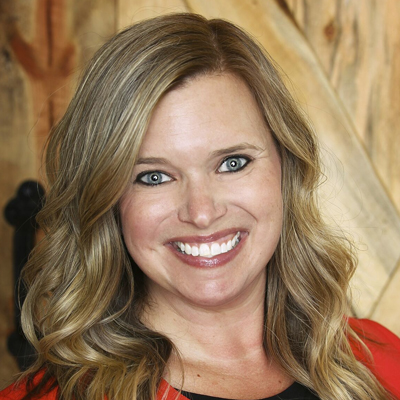 Tracy Thomas
Senior Vice President, Advancement at Biblica
Tracy oversees fundraising programs, marketing and communications for the ministry. She came to Biblica in 2016 with a passion to see ministry fundraising revolutionized for the changing giving environment. Tracy brings over 15 years of non-profit fundraising and marketing experience. Having worked for organizations large and small, with local, national and international reach, Tracy leverages a wide array of experience of working with generous families, building fundraising programs and implementing innovative marketing solutions.

Tracy previously held positions with The Latin School of Chicago, The Nature Conservancy, Bright Hope, and most recently, Dickerson, Bakker and Associates.