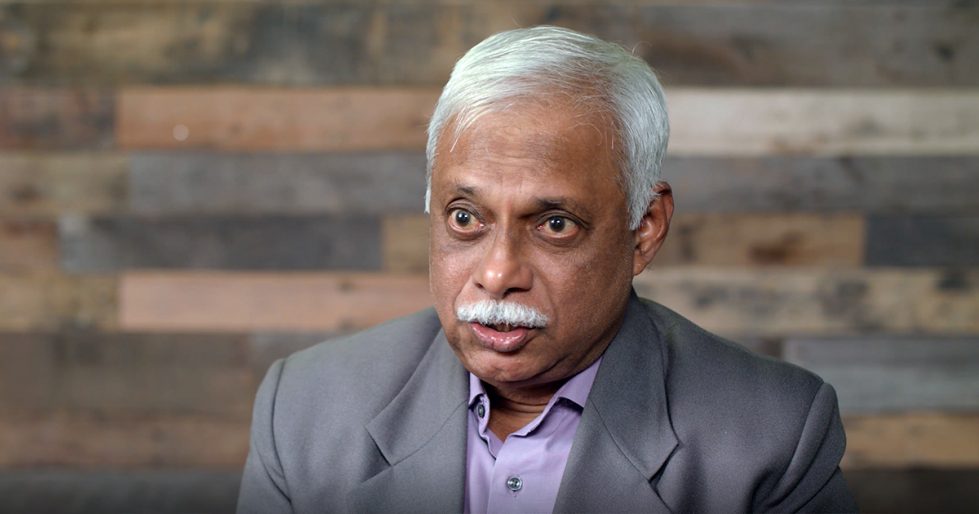 For Mathew Varghese, the road to becoming a Bible translator was long and difficult. It required a great deal of time and prayer, along with some serious sacrifices.

“When I was 15 years old,” he says, “I had my first encounter with the Lord. My Sunday school teacher introduced me to the Lord Jesus Christ and spoke to me about the importance of having a personal relationship with the Lord. In spite of being a Christian by name, I did not have a personal relationship with the Lord. I thought that going through the church practices – the sacraments – would take me to heaven. It was a pleasant realization to me when my Sunday school teacher explained it to me that I must receive the Lord into my heart as my Savior and Lord.”

“As I was reading the book of Hebrews,” he recalls, “I started to find that the sacrifice of the Lord Jesus Christ was once and for all. Its sufficiency lasts for eternity. The blood of Jesus Christ has power to save even to the uttermost part of the world!”

Mathew was forced to make a tough choice: follow the wishes of his parents by becoming an Orthodox priest, or jeopardize that relationship by following what he believed to be God’s will for his life – being an obedient disciple of Jesus Christ.

Mathew decided to follow Jesus. But it was costly.

“My parents kicked me out of my home. They said, ‘You are no more our son. You have brought such shame to the family and destroyed our reputation. You cannot come back to our home.’”

The Lord then led him to join Operation Mobilization (OM).

“In those days, OM’s focus was literature evangelism. As I was handing out a gospel packet to an elderly person, I remember this man shaking his head, saying (in his own language and dialect), ‘No one is educated here. No one can read and write.’ I felt like I was witnessing someone drowning in deep water and I was standing on the bank of the river, totally helpless, because I myself could not swim.

“So I said, ‘Lord, if I ever am to reach such people with the gospel, I must go live among them, learn their language, give the Word in their own language, teach them how to read and write.”

Mathew was reminded of the tremendous need for translation work one day when he was sharing the gospel with his adult literacy class of Mawchi speakers. Hearing the message in her mother tongue, an elderly woman began to weep. After the class, Mathew asked why she had been crying. She said, ‘If what you told us is true, why have you delayed? If you had come five years ago, my husband would have had a chance to hear this message. Why have you delayed?’”

Their team of six translators eventually finished the Mawchi New Testament. Then a person from a related language came and knocked on their door. ‘Sir,’ the man said, ‘you are giving the gospel to the Mawchis, how about us Vasavis? There is a tremendous movement of the Holy Spirit among our people, but we don’t even have a gospel tract. If you translate the Bible into our language, I can come and help you learn our language.’

Since that time, he and his wife have responded to God’s leading, serving with Biblica in an effort to make sure everyone has the chance to hear the saving message of Christ. Without delay.

Mathew tells the story of a pastor who approached him and, half-jokingly, said a new Biblica translation was putting him out of a job. It seems the people could read and understand this Bible without his help.

“That’s precisely what we want to happen in every language!” Mathew shares. “There will come a time when pastors may not be available. People should read the Word of God, get the message, and allow the message to transform their lives!”