Love in Action Cuts Through Caste 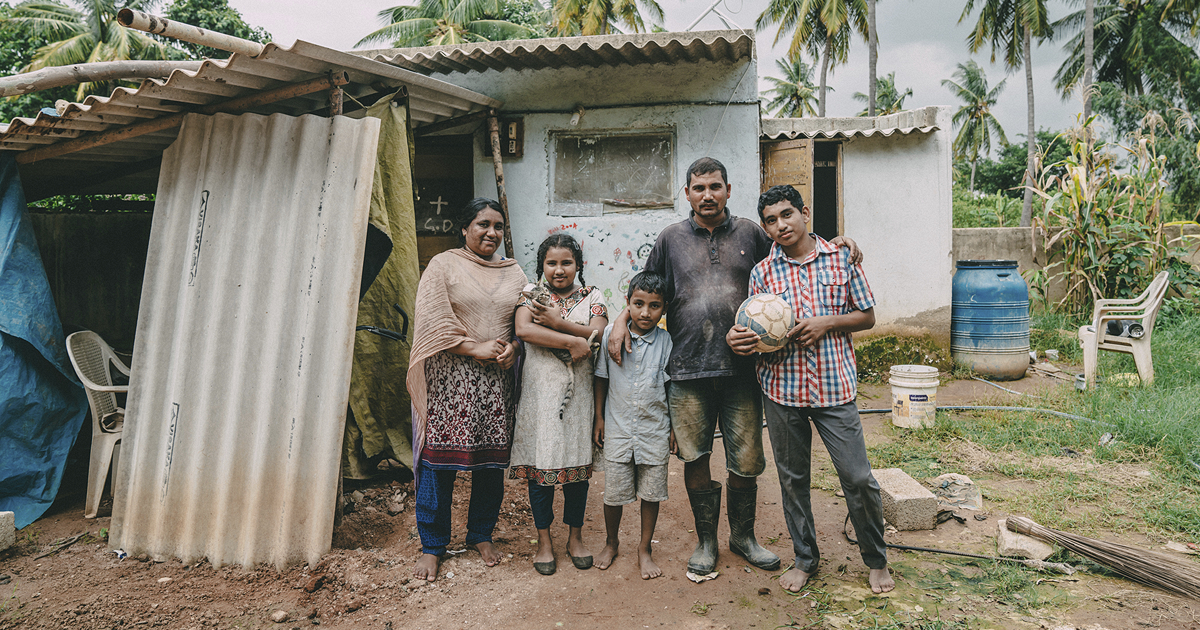 Many people in India dismiss the caste system as being yesterday’s news. It’s a long-forgotten concept, irrelevant in today’s world, they claim.

But caste and class divisions are still endemic among different segments of our communities. There is an invisible line, separating the “upper” from the “lower” – a line that we, as believers, need to destroy with our actions and not just our words.

The caste system is an issue that is paralyzing India’s progress. It even plays out silently in our churches, especially when it comes to marriage and business partnerships. This is affecting our witness as believers. The world is watching us – how do we treat someone who is “different”?

I saw this unfortunate division played out just a few months ago at a party I was attending with my wife. One of the women at the event was from a supposed “higher” caste. She was clearly uncomfortable being served her meal by caterers who were of a “lower” caste. Her hesitation was nurtured by the idea that her food would somehow get “polluted.”

That incident caused me to wonder how Jesus would involve Himself in the caste/class divide in India, if He walked among us today. Surely, He wouldn’t remain on the sidelines. He is a God of justice and righteousness. He is a God who turns the world’s order upside down in order to set things right.

We don’t have to speculate too much about what Jesus would do in a society that is deeply segmented. We just have to look at the gospels and hone in on His meeting with the Samaritan woman at the well in John 4.

In this account, Jesus planned His journey, both literally and figuratively, to reach out to this “sinner” and person of “lower” caste.

Most Jews did everything in their power to avoid traveling through Samaria. They did not want to associate with those they considered lower than themselves. Perhaps, we can ask ourselves: do we promote our own prejudices simply through avoiding situations or people?

Jesus deliberately chose to walk through Samaria and talk to a Samaritan woman who was an outcast even in her own community.

He intentionally removed the first barrier by sending His disciples to get refreshments. Jesus knew that the Samaritan woman needed that one-on-one encounter with Him so she could understand the true meaning of Living Water.

He then deliberately put Himself in a humble position by asking, “Will you give me a drink?” By raising the woman’s dignity, Jesus destroyed the upper and lower caste divide.

Are we, like Jesus, willing to risk vulnerability and humility in order to reach across a man-made divide?

The Bible is clear that there is “neither Jew nor Gentile, neither slave nor free, nor is there male and female,” for we are all one in Christ Jesus (Galatians 3: 28).

We are all created in the image of God.

My wife and I had the opportunity to practice this grace about a year and a half ago. We came back home one evening to find a Nepali Hindu woman named Lakshmi cowering in fear in our compound. She had been bitten by a street dog and was seeking shelter in our yard. From her clothes and her language, it was evident that she was someone struggling to make ends meet.

We knew immediately that we were called to be this woman’s friends. It didn’t matter that her background was vastly different from ours. She needed our help and we had no hesitation in taking her to a clinic to get the wound dressed. Meanwhile, her husband arrived at the scene and assumed that we were helping because our dog had bitten her. Naturally, his first response was anger.

When he realized that we were merely strangers helping his wife, he was shocked.

That small incident – and the opportunity to respond with unexpected grace – helped us grow a relationship with Lakshmi and her husband. In a few months, she and her family became believers.

We had the opportunity to continue to display God’s love to this family by inviting them over for a meal. They came dressed in their finest clothes for a dinner that my wife had prepared. They assumed that their place was to be seated on the floor. We had to explain to them that in God’s Kingdom, we are all the same. We sat around the dining table together – Lakshmi’s family and ours –  fellowshipping as the Lord intended.

It’s these simple occasions that add up to create a dynamic shift in thinking, an organic change in our communities. We are not all called to be activists. But we are called to be God’s light in a world that is blinded by prejudice and bias. Our words are feeble when it comes to creating change. But we can shine His light into dark places by simple acts of love and obedience. Our churches are meant to be visible expressions of the invisible God. It’s not enough to merely hear the Word. We have to do what it says.

Let’s remember that Jesus gave us a beautiful example of reaching out to the Samaritan woman by asking for her help. We don’t have to pretend to have it all together in order to reach out to a hurting world. We, too, can come from a place of transparency and vulnerability.

We invite others to fellowship with us, remembering that all of us are at that table simply by the grace of God. That’s the way we welcome God’s Kingdom here on earth.