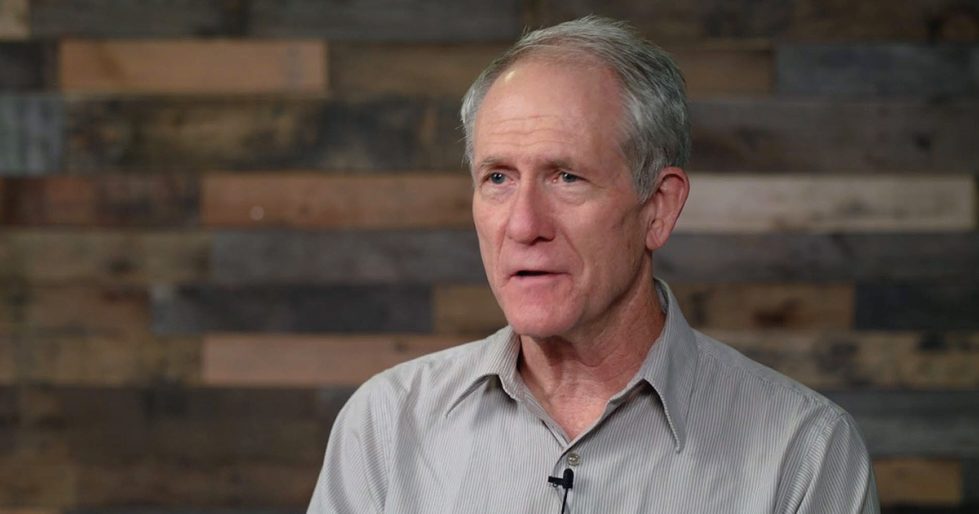 Jim Courter has the scholarly look of a professor or maybe a writer. His face is lined with wisdom and even before he opens his mouth, you get the impression that he knows what he’s talking about.

Most of the time, his conversation revolves around Bible translation. And Jim definitely knows what he’s talking about when it comes to that subject.

Though he has always had an interest in languages, Jim was studying at a Bible college when God called him to become a Bible translator.

“I went to a Wycliffe banquet and they were recruiting translators” Jim explains. He felt God speaking to him and, after completing his masters, he joined Wycliffe.

“I had a real burden for Europe, as well as Bible translation. So I asked Wycliffe to send us to Europe.”

He and his wife were sent to Austria to do survey work. But Jim soon got into trouble for evangelizing in the former Yugoslavia and was arrested. Wycliffe asked him to choose between evangelism and Bible translation. Jim wanted to do both.

Jim and his wife eventually felt called to go to Israel. They realized that learning the Hebrew language, learning about the history of that nation, the culture, and the geography of the Promised Land would assist them in their translation work.

“All of these dimensions are important in order to become a better translator,” Jim explains.

So he and his wife moved to Israel in 2008. Since then, he has been working on a PhD and also teaching. And, of course, his translation work for Biblica has continued.

According to Jim, Biblica’s translation philosophy is unique because it seeks to be faithful to both the original language and the target language. It’s not a literal translation and it’s not so free that you don’t know what the original actually said. Jim believes this is essential in order to serve the Body of Christ, as well as non-believers. It produces a text that speaks to the heart. God’s Word always speaks to the heart. But when it’s done with this sort of rigor, to the original and to the language it’s being translated into, it has the power to transform lives.

Jim tells about a lady in Russia who was a translator. She translated for Americans and British who came to her country. When she wanted to read the Bible, she would read the English Bible and translate in her head. That’s how bad the Russian Bible was. It was old, outdated, and nearly incomprehensible.

“Our translation has filled a gap there.”

Jim has heard that from many people in many places. “We love this translation,” they tell him, “We’ve needed it for years. Why did it take so long?”

Even those languages that already have the Bible often need an updated translation. The Romanian Bible, for instance, was translated in 1924. The average person on the street can’t understand it. The same is true for the Serbian Bible, which was completed in 1872.

Jim sees translation as a spiritual work that involves carefully finding the best way to say what God desires to say in each language. It’s a huge challenge and requires trusting the One who is the incarnate Word of God.

“If He can incarnate Himself in human flesh,” says Jim, “how much more in human words?”

Partner with us to help Jim and his team provide accurate, contemporary translations for people who either have no Bible or are relying on old, out-of-date versions. Your gift today will speed the work and give more people the opportunity to have their lives transformed by Christ.