I confess.  Until joining Biblica a few months ago, I was ignorant about what it takes to get a Bible into my hands – much less the hands of someone in Iraq or North Korea. It’s not so simple. I can go into my local bookstore or go online and have one of thousands of Bibles delivered to my front door in two days. With that complacency and convenience, I have to question… do I truly value God’s Word, The Holy Bible, as a treasured possession?

I confess.  Until joining Biblica a few months ago, I was ignorant about what it takes to get a Bible into my hands – much less the hands of someone in Iraq or North Korea. It’s not so simple. I can go into my local bookstore or go online and have one of thousands of Bibles delivered to my front door in two days. With that complacency and convenience, I have to question… do I truly value God’s Word, The Holy Bible, as a treasured possession?

The Bible is God’s revelation of Himself to mankind. It is the greatest story of rescue, redemption, and reconciliation. The Bible gets to the very heart of who we are as individuals, made in God’s image; we are God’s treasured possession.

Biblica is all about the Bible. Throughout Biblica’s ministry spanning 208 years, the focus has always been getting the Bible into the hands of those who need it most – whether immigrants, prisoners, children, the impoverished, the disabled, the nimble-minded or the illiterate – in an understandable and relevant format. I am amazed at the very people God has called over two centuries to serve as stewards, translators and ministers of His Word. Perfect people to care for God’s perfect Word? Hardly. But they are people that God has called and equipped to move His mission forward so that ALL may come to know His saving grace through the redeeming sacrifice of His Son, Jesus Christ.

The people of Biblica have been called to steward God’s Word, to make it accurate, accessible, understandable, relevant, transformative; to care for it but certainly not keep it hidden away!

For those who are not English speakers, it can take decades to complete a Bible translation and make it available to a people group in their language and in a format they understand. Yes, decades… even with today’s technology and Google translate!  And no, Google translate cannot accurately translate Scripture with the complexity of Greek and Hebrew. Which means that human eyes, hands, and minds are still involved in a tedious process. The selfless, determined people who work on translations are all about the Bible. (Watch for upcoming articles and videos about launching a new Chichewa translation in Malawi!)

Just because The Bible is translated into any one particular language doesn’t mean that people can easily get it into their hands in print, digital or audio. That’s where Biblica’s commitment to accessibility is important. We work with partners around the globe who leverage our ability to reach more people with the Word of God, and go deeper with them in discipleship.

Biblica further wants to ensure that not only everyone who desires to have a Bible will have one, but will also be able to understand and use their Bible effectively to learn and apply Scripture to daily life, so that they may truly know Christ. This is Bible engagement.

Here’s an example of engagement for you.

Recently, I was on a long flight – long enough to watch several movies. Being drawn to books and movies based on true stories, I watched “Hacksaw Ridge” with a degree of contemplation, awe and terror. I had no idea that the movie would portray the Bible as a cornerstone to faith, courage and hope. The movie is the true story of Private Desmond Doss who single-handedly rescued 75 badly injured men from being killed by Japanese soldiers. Though initially ostracized by his platoon as a conscientious objector to bearing arms, his actions displayed the very character of God – compassion, fearlessness, and love.

After days of vicious fighting in the Battle of Okinawa, Doss himself was now injured. As he is carried by his fellow soldiers, Private Doss realizes he no longer has his Bible in his pocket and cries out, “My Bible! My Bible!” The Word of God was the very core of who he was. It meant life or death to him. Having witnessed the bravery of Doss, his fellow soldiers honor his appeal and go back under fire to retrieve Private Doss’s Bible.

Private Doss was all about the Bible; it was truly his treasured possession.

And just for the record, God’s Holy Word is indeed a treasured possession to me and my extended family! My travel Bible is in a shambles because it goes everywhere with me (It is well-loved!). AND this beautiful Bible from the 1800s (see photo) was handed down through my husband’s family. Strangely enough, it was dedicated to a “Mrs. Laura Fisher” in November 1865 – almost 100 years before my birth! 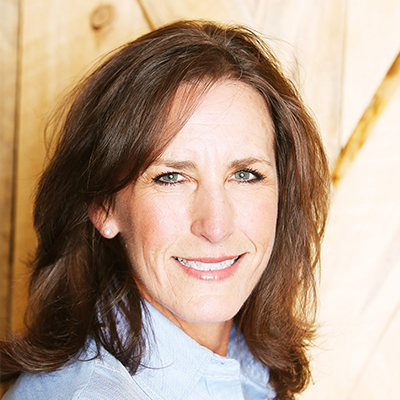 Her career experience ranges from investment banking at JP Morgan Chase to leading the development team at Compassion International. Most recently, she served as VP-International Operations at Children’s HopeChest before coming to Biblica as Area Executive Director, North America. Laura earned a BBA-Finance from The University of Texas at Austin. She is currently pursuing her Master’s in Global Issues at the University of Denver.