When we celebrate Father’s Day, we’re celebrating a unique, life-altering event. Becoming a father is an experience like no other. When your child comes into this world, you are instantly and acutely aware that the life you are living is now and forever changed. Waves of different emotions crash over you and the feelings you have for this new life are difficult to put to words. You are suddenly a comforter, a protector, and a provider. Love is defined in a new way.

When we celebrate Father’s Day, we’re celebrating a unique, life-altering event. Becoming a father is an experience like no other. When your child comes into this world, you are instantly and acutely aware that the life you are living is now and forever changed. Waves of different emotions crash over you and the feelings you have for this new life are difficult to put to words. You are suddenly a comforter, a protector, and a provider. Love is defined in a new way.

I remember December 31, 2011 better than most days. If fact, I have thought about that day’s events nearly every day since. That sun-filled, New Year’s Eve brought us our second daughter, Reagan Joy, into the world.

From her first appearance, it was clear that something was not right. We had an entourage of nurses, doctors, and neonatologists in the room. Over the next several hours we learned that Reagan was born with a giant nevus (a birthmark) covering the whole of her back and much of her torso. She had satellite birthmarks on her legs and arms. Within hours of Reagan’s arrival, a pediatrician sat in front of my wife and me, and shared how the development of the skin and the brain are intricately knit together. She shared the heart-breaking news that a giant nevus often results in a corresponding central nervous system degenerative disease. I still remember the breathtaking words. If we were lucky, Reagan would live to be two or three years old.

Unfortunately, you cannot prepare for some circumstances in life. During that time, God’s Word was paramount. Psalm 18, one of my favorite chapters in the Bible, became so relevant. Early on, it describes God as our rock, a fortress, a deliverer. That was the God I needed. In the first six months of Reagan’s life, David’s sentiments felt like my own:

The cords of death entangled me; the torrents of destruction overwhelmed me.

The cords of the grave coiled around me; the snares of death confronted me.

In my distress, I called to the Lord; I cried to my God for help.

God brought some fantastic physicians into our lives. We spoke with specialists, we explored our options. One of the challenges facing us was if we could determine whether Reagan had the life-threatening disease. We were told we had a narrow window in her first six months of life to do an MRI of her brain. It would require full sedation of our daughter, who was barely nine pounds in weight. We decided to go forward. We wanted to know if our daughter would live.

I have been fortunate to grow up with a father who has shown me many traits of my heavenly Father: what it means to love, be committed to a family, and live a godly life. Through the dark days of Reagan’s early life, he was there to counsel and support me. He let me know that it is ok to grieve, that it is ok to ask God, “Why?”

My dad could walk with me through the valley because he has walked through one every bit as deep. Nearly 33 years ago, my sister was born with Spina Bifida. Our family has watched as she endured so many challenges. Experiencing heartbreak as a Christian family forces you to reconcile it in the context of your faith. One of the main lessons my dad learned and later imparted to me, is that ultimately, as believers, our children are not our own. They belong to our Heavenly Father. We as earthly fathers are here to love them, guide them, protect them, but ultimately steward them. Children are a gift entrusted to us.

In Psalm 18, after David’s pleads to the Lord, he says the following of our God:

You, O Lord, keep my lamp burning; my God turns my darkness into light.

With your help I can advance against a troop; with my God I can scale a wall.

I remember making the phone call to my dad after we received the results of Reagan’s MRI. It was one of the few times I could barely make out the words I wanted to say. After seeking God through so much prayer and reading the Word, I got to tell my father that Reagan did not have the disease. She would be entrusted to me and my wife for many years to come. Light had shined in one of our darkest times.

Reagan turned five this past December. We still have struggles with the physical and emotional issues of her condition. Hard days are still to come. Our encouragement is we are not alone in the journey.

As men, there are days when reflecting the love of the Heavenly Father is challenging. Our relationship with Christ does not preclude us from the struggles of humanity.

But on this Father’s Day, it is comforting to remember we serve a Heavenly Father whose love for us far surpasses the love we know here on earth. To think that the God who loved you and me so much would give his child as the price for our sin… When I consider how much I love my kids, it makes the sacrifice of Christ that much greater. 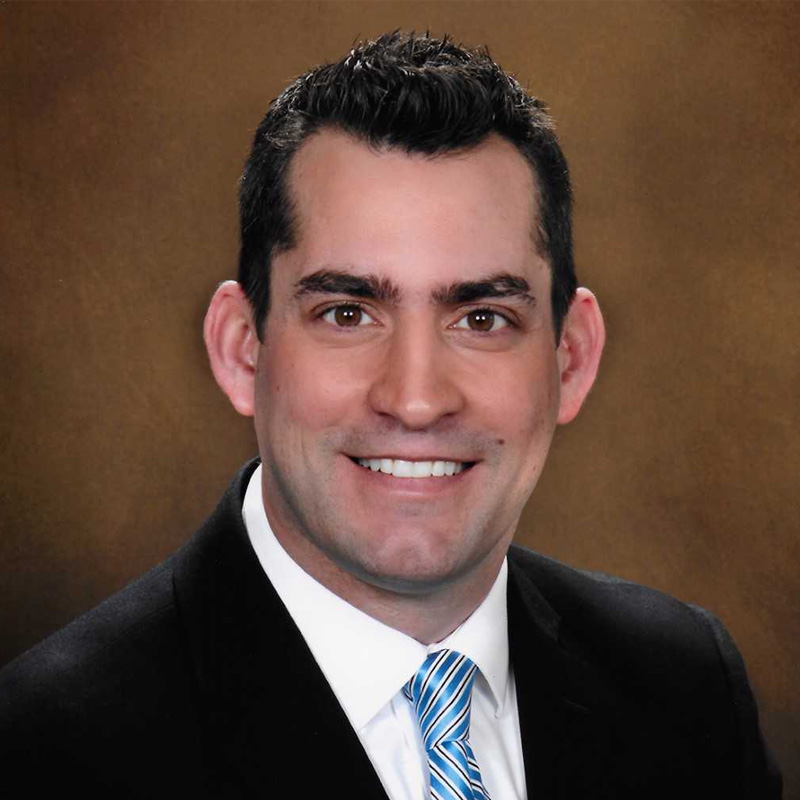 Jonathan Call
Vice President, Translation & Publishing at Biblica
Jonathan began his career with Biblica in 2003 and over the next 14 years served the organization in planned giving, advancement, marketing, and operations. In 2017, after completing an Executive MBA from the University of Colorado, he stepped away from Biblica to join Dish Network. His recent experience in the Fortune 200 world allowed him to grow his expertise in operational leadership, project management, and strategic planning. Jonathan rejoined Biblica in 2019 to lead our translation efforts, publishing division, and legal team.