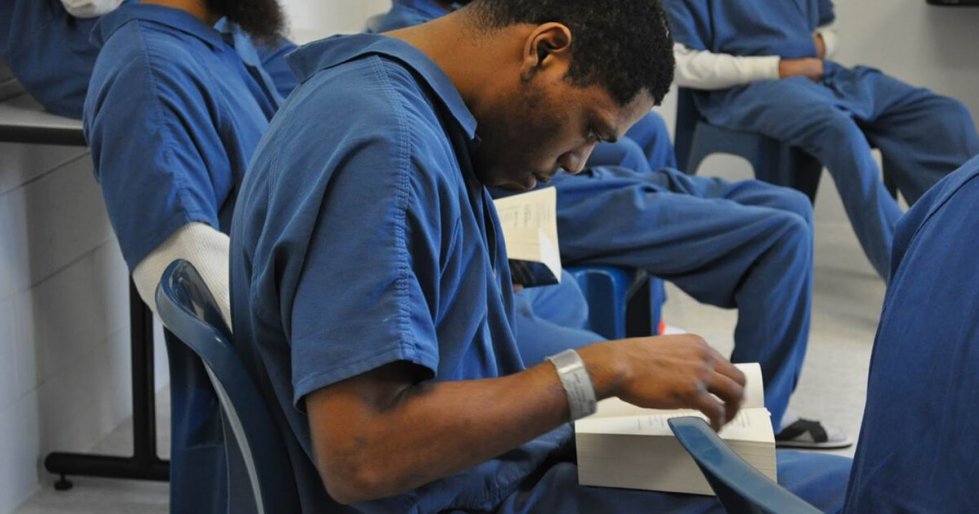 It was Friday morning at a Los Angeles County prison when Pastor Mike Broyles of Grace Baptist Church in Santa Clarita, CA, spoke to a group of 180 inmates as part of a volunteer educational program offered by the sheriff’s department. Broyles, active with prison ministries for three years, saw these men as more than prisoners; he saw them as men made in the image of God. When he finished speaking, he gave an invitation to respond to the gospel. Seventy-five of the 180 men became believers that day. Men were literally running up front to accept Christ!

Two days later, in that same prison, a riot erupted. More than 600 inmates were involved in the planned attack. Many had fashioned broken glass into weapons and were throwing bunk beds and other objects, badly damaging the cell blocks. The inmates asked others to join them in the racially and gang-motivated riot.

BOLD BELIEVERS
But the new believers refused to participate. The men linked arms, refusing to let the rioters pass, while others were on their knees praying for peace. In the midst of this chaos, these bold believers had the greatest weapons of all: the Holy Spirit and the Word of God.
This courageous group of men quelled the riot that Sunday afternoon. These inmates have now become men of peace.

“Even though the inmates have done bad things in the past, it doesn’t slow them down spiritually,” Broyles said. “The Lord has done a work in my heart personally to watch Christ transform their lives, bringing wholeness and healing.”

FREE ON THE INSIDE
Pastor Broyles is just one of Biblica’s many partners in prison ministry. Biblica works with prison chaplains, Awana Lifeline, Operation Starting Line, Prison Fellowship and other ministries to bring biblical resources to the incarcerated.

Since 1815, Biblica has shared God’s Word with U.S. prison inmates. Biblica’s Free on the InsideBible contains notes of encouragement and counsel on following Christ—even in a prison cell. More than 1 million inmates have received this much-loved Scripture resource, and in 2010, Biblica provided over 29,000 inmates with Free on the Inside Bibles in English and Spanish.

“Finally, be strong in the Lord and in his mighty power. Put on the full armor of God, so that you can take your stand against the devil’s schemes.” Ephesians 6:10-11, NIV