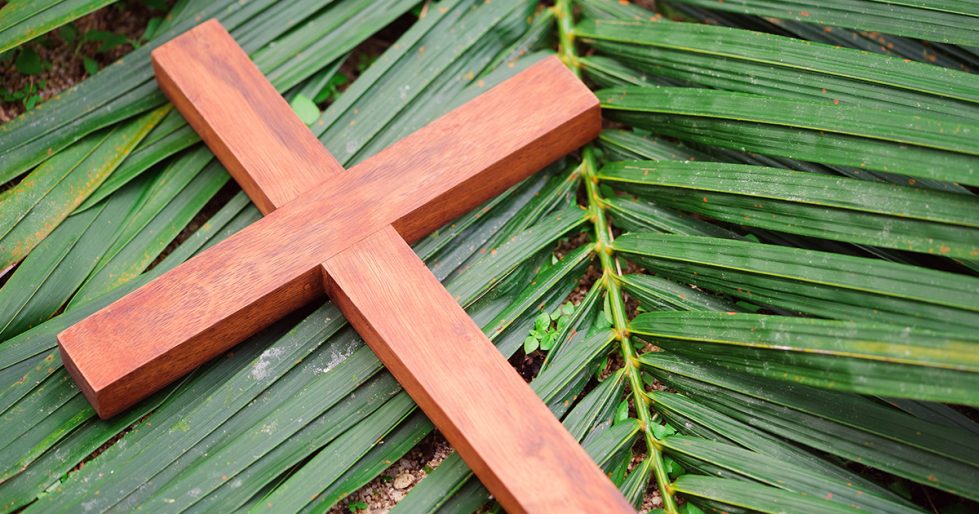 ‘Hosanna to the Son of David!’

‘Blessed is he who comes in the name of the Lord!’

‘Hosanna in the highest heaven!’”

When I read this passage, I think of the scene in “Gladiator” where the young emperor – Commodus – comes riding into Rome with his entourage. He expects a hero’s welcome, yet he hasn’t done anything to earn it. He has no military victories or noble acts on his resume, no great exploits. All he has done is kill his father and steal his title.

Commodus gets frustrated when the people don’t respond as he wants them to – with adoration. Instead, they yell obscenities at him.

In contrast to this vain, selfish, murderer’s attempt to gain fame by posturing and forcing admiration, Scripture tells us that the true King took the opposite approach. Rather than demand attention without exploits, he came humbly, letting God’s miraculous signs and truth speak for him.

The result was an explosion of praise. The people, realizing something significant was taking place, began to pave his way with palm branches and coats, shouting “Hosanna!”

What’s interesting about this passage – and the event we celebrate as “Palm Sunday” – is not only how humble Jesus was, but also that he allowed this display to go on. In previous places in the gospel record, we find the Him rebuking the disciples and the crowds, telling them to remain silent about his identity. Here, he doesn’t seem concerned. Probably because he knew the time had come to reveal his identity and to fulfill prophecies.

Whatever the reasoning, it was quite a display. If something like this happened today, it would undoubtedly make the news. It might even draw the police. The people were, after all, littering and disturbing the peace.

What I appreciate most is their enthusiasm. This was before Jesus went to the cross, before the resurrection, before he ascended to heaven. Some members of the crowd (perhaps most) were probably mistakenly hoping He was going to deliver them from Roman rule. Still, the fact that they made such a public display of their hope – however misguided – is challenging.

I can’t help wondering if I should be celebrating and announcing Jesus’ Kingship with more energy.

Of course, just a few short days later, the same crowd had become a mob and were demanding that He be crucified. It’s tempting to fault them for this. But I know I am the same way: fickle, disloyal, and selfish. I want what I want now. And if it doesn’t fit my expectations and timeline, I can easily betray not only my friends, but my God.

What impresses me most about this account is Jesus Himself. Knowing the crowd was going to turn on Him, knowing the acclaim was going to swiftly turn to derision and even hatred, he continued on, riding into Jerusalem, willingly and humbly heading directly into the face of death.

In Luke’s description of this event, the Pharisees came to Jesus and told him to rebuke his disciples. He replied, “If they keep quiet, the stones will cry out.”

On this Palm Sunday, it seems only fitting that we make more noise than the rocks. The King is most worthy of praise. Let’s celebrate Him.

“Great is the Lord and most worthy of praise; his greatness no one can fathom.” —Psalm 145:3, NIV