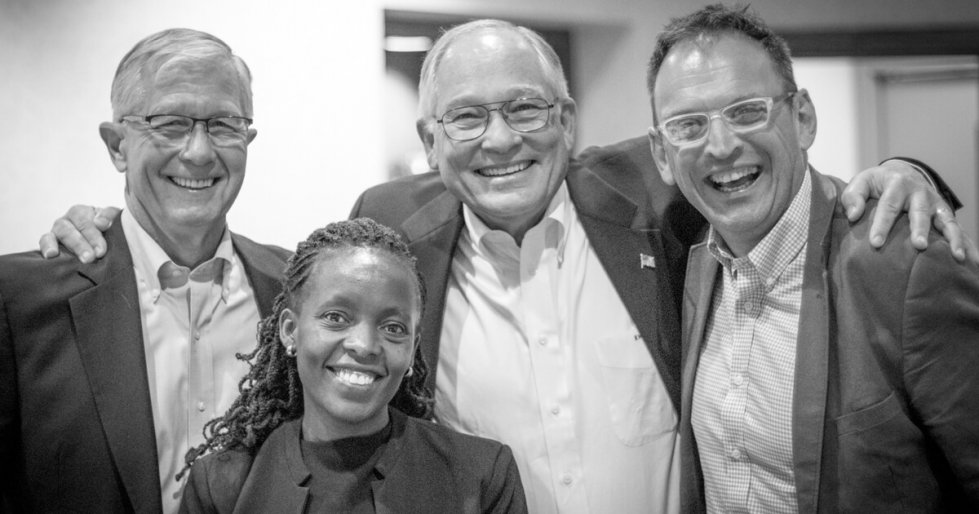 On Dec. 4, 1809, a handful of Christian visionaries met in lower Manhattan, NY, to form the New York Bible Society (later International Bible Society and now Biblica). Their passion was to see the fledgling nation rooted in Christian faith by providing Bibles to people who lacked access to them. Early leaders included Revolutionary War hero Col. Henry Rutgers, for whom Rutgers University was named, and Samuel Miller, a founder and director of Princeton Theological Seminary.

Biblica’s work extends to every continent and people group. By the end of its first century of work, Biblica had distributed more than 4.9 million copies of Scripture to soldiers, the destitute, immigrants, churches, pioneers, and others. Our first published Bible was a French Bible in 1815 for settlers in the French-speaking Louisiana Territory. Ministry to the military began during the War of 1812 and has continued through every major conflict since.

Biblica also translates the Bible for major language groups lacking contemporary translations, currently working on translations in 27 languages. Biblica is the translation sponsor of the New International Version (NIV) of the Bible, the most widely read contemporary English version.

“We are deeply grateful that God has guided us through two centuries of Bible outreach in order to proclaim His message of salvation to the world,” said Biblica U.S. President Doug Lockhart. “It is amazing that a small Bible society formed by a handful of Christians should gather such momentum and remain faithful to its mission for 200 years.”

Today, partnering with donors and other ministries, Biblica provides the Bible for audiences worldwide through print, the Internet, audio, video, and digital Scripture media.

“Although our means of sharing God’s Word may change to keep up with technological advances and global needs, our mission has not,” said Biblica Global President/CEO Keith Danby. “With God’s grace, we will continue this great heritage of transforming lives through God’s Word as we begin a third century of service to God and others.”